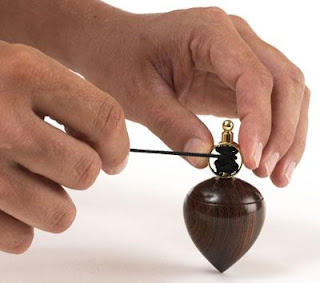 When I was in high school, I sang in our church choir. As a preachers kid, I was generally rebellious about church activities. But I didn't mind the choir because I liked singing, and besides, there was some camaraderie in the group that made it enjoyable. People weren't religiously "stuffy;" in fact, sometimes they were quite irreverent.

One Sunday, sitting in the choir loft, I was actually listening to my father preach. I'm not sure today what he said. I don't remember. What I do remember is that, whatever it was, in my own mind I said, 'that's the Truth!" The word had a capital T.

It wasn't an opinion or a half truth my father uttered but what I recognized at the time as an absolute Truth.

The culture I inhabit these days doesn't have much use for even the small letter truth. Instead of the healing that comes from "speaking the truth in love," we have "spin doctors," who try to heal our sicknesses with the manipulation of language, sometimes with outright lies.

We all stretch, avoid, exaggerate, hide, deny, ignore the truth . Of course, those in the public eye are the most proficient practitioners, as they are likely to be caught in deceptions most frequently. But I do it and I expect you do it as well. As children we learn quickly to tell mom and dad about the bad behavior of our siblings and our own complete innocence. We soon learn some admissions and confessions are better left unspoken. Truth becomes half truth and half truth dissolves into "spin."

Writing in Harijan in 1942, Gandhi, who understood "Truth is God," wrote: "Only Truth quenches untruth. Love quenches anger, self-suffering quenches violence. This eternal rule is a rule not for saints only, but for all. Those who observe it may be few, but they are the salt of the earth; it is they who keep the society live together, not those who sin against Light and Truth." 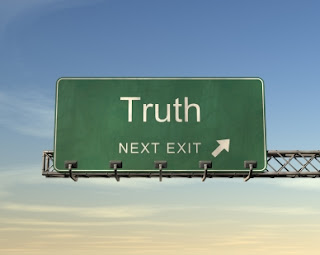 As he often did in life, so in death, Gandhi challenges everyone to do the hard interior work that makes Truth real in the world. Prayer, or being in touch with Truth, must be a regular and daily activity. Thought, word and deed, all three, must be pure and Truthful. The pursuit of Truth, of necessity, will involve means that are consonant with the ends desired.

In a world of "spin," our dedication to the work of nonviolence will include an adherence to Truth, as best we can discern it.