To Do What is Right and Just

Strangely, or perhaps not, I find two recollections coming to me with this year’s reading of the Torah portion Vayera, a portion so filled with moral struggle and challenge, memories that I don’t recall ever before rising from the mists of time and thought in relation to this Torah portion. They are memories of interactions that occurred in the early years of my rabbinate, at board meetings of my first two congregations, coming to me now in relation to each other for the first time. The first incident took place in my first congregation, at the first board meeting following the death of the rabbi emeritus, who had served the congregation for thirty-five years. It had been an overwhelming experience to officiate at his funeral, the entire community joined with each other as mourners. The primary item on the agenda for that board meeting so soon after the funeral was whether to continue to pay the rabbi’s pension to his widow. I was aghast that this was even a question. The rabbi had never belonged to a rabbinic organization, all of his support along the way and for the future coming through the congregation. At the end of a very painful meeting, the vote was taken. The decision was not to continue making payments to the rabbi’s widow. I am finding that tears still come to my eyes as I recall that moment. I had never felt so angry and ashamed of a community that I was part of, let alone the leader of. With all of the authority that I could muster as a young rabbi, I rose to my feet, my hands trembling on the edge of the table, and with a voice devoid of warmth, I slowly articulated each word, “this is a shandeh!” The Yiddish word for “disgrace” hovered in the air. 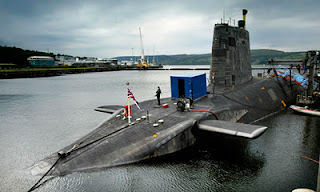 The second incident coming to me now in relation to Torah portion Vayera occurred a few years later, now in my second congregation. My active involvement in a campaign to ban American nuclear submarines from training in Canadian waters had become cause for displeasure and discomfort among some in the congregation. At a particular board meeting we discussed the matter. Living on the coast along whose shores the subs passed, I spoke of the dangers posed directly to us, and through training for their use of the danger posed to the entire world by nuclear weapons. I offered words of Torah, passionately explaining the rabbinic understanding of the commandment to seek peace and pursue it, “seek it in your own place and pursue it in another.” Thinking he had found the answer, one member of the board suggested that I speak to the “universality of peace,” and not about specific issues. Saddened and discouraged, I said nothing more.

Each of these incidents is about values lived in the breach. Each case represents a knowing of what is right, of the ultimate value that is at play, and of not doing it or giving it heed. I have no question that each board member who voted to cut off the rabbi’s pension payments to his widow knew that it was wrong. While one may differ in regard to the politics of the second incident, I also believe that the board member who suggested speaking to the “universality of peace,” knew the emptiness of such an approach. Living in the moment in accord with ultimate values is how we fill life with meaning.

The Torah portion Vayera is filled with teaching and drama. With this year’s reading, I have come to see that one of it’s teachings is of the dissonance that inheres in the breach between knowing what is right and doing what is right. At the outset of the portion, we learn of two commandments, the visiting of the sick and the welcoming of guests, each meant to be an expression of kindness. Three strangers appear to Abraham, messengers of God, angels representing the Holy One. As God speaks directly then to Abraham, convalescing following his circumcision, Abraham has the chutzpah to in effect tell God to please wait while he looks to the needs of his guests. From this, the rabbis teach that it is “greater to welcome guests than to receive the presence of the Sh’china,” underscoring that human needs take precedence, or that serving people is indeed to serve God. The Slonimer Rebbe here cites the words of Psalm 89, olam chesed yibaneh/the world is built on kindness, to which he adds, the essence of the world’s creation is the attribute of love…, the entire sequence of the creation of the world and its sustenance as it continues through the generations is through the attribute of love. Abraham comes to be associated in Jewish tradition with loving-kindness. 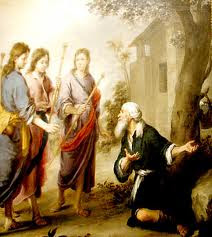 How painful then to see the failure even of our father Abraham, his disconnect between knowing and doing what is right, of values lived in the breach. From his sublime expressions of kindness at the outset of the portion we are stunned at what appear to be such lapses in events that follow. Where is the kindness we wonder as Abraham passes Sarah off as his sister to Avimelech, king of Gerar, into whose harem she is taken. Where is the kindness when Hagar and Yishma’el are sent out into the desert? And where is the kindness when Isaac is bound upon the altar? If these represent breaches, it is in his argument on behalf of the innocent who may reside among the evil ones of Sodom and G’morrah that Abraham rises to the ideals he represents. Knowing that he too can fail, as so often do we his descendents, there is even greater power when both he and we respond to God’s greatest hope.

Prior to the destruction of the two cities, most pointedly due to the violence shown to strangers, the welcoming of guests made a capital crime, God determines to tell Abraham of the destruction to come, in order that he shall command his children and his household after him that they shall keep the way of God, to do justice and righteousness/la’asot tz’dakah u’mishpat. We are those children, called to keep the way of God, not to live values in the breach, but in all ways and moments of life to do what is right and just.