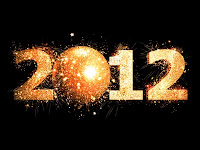 Well, it's officially 2012. I just wrote the date on my first check of the new year. Doing that took some effort, as it does every January. It's an artificial exercise, turning one year into the next at the command of a calendar, but we make the change without complaint, don't we, and sometimes even with celebration, because by now it's customary around the world to do so. It's as if the Gregorian calendar were natural law rather than the product of a sixteenth-century pope.

The Gregorian calendar is a man-made construct, and harmless enough. In some ways, obviously, it's even helpful. But some constructs--especially ideological ones--are downright fictions in which we regularly participate without much thought, sometimes with grave consequences. This was made clear to me once again over this past holiday season, as I visited with my friends and relatives. As we discussed the many challenges our society now faces, a number of my dear ones stated emphatically why they could not or would not participate in any movement for social change. Their comments fell along four general lines of reasoning:

Reason one: "I'm only one person. I have no power. There's nothing I can do to change things."

Reason two: "The way things are is the the way things have always been and always will be. It does no good to try to change them."

Reason three: "The way things are in the nation at large has nothing to do with me and my life."

Reason four: "If we change the way we're doing things in this country--if we do what's good and right when nobody else in the world is doing the same--other countries will soon surpass us. We'll no longer be number one."

To me, these reasons for disengagement are serious ideological fictions. Behind them lurk despair rather than hope; estrangement rather than interdependence; fear rather than fellow-feeling. Certain powerful forces within our society would prefer to have us regard these fictions as self-evident facts, "givens" to be assumed, just like the Gregorian calendar. Indeed, those powerful forces routinely count on, and daily benefit from, our doing exactly that, even as we and our neighbors--not to mention generations to come--pay an excruciating price for yielding to them more authority than they are due.

I don't know about you, but I'm not willing to pay that price any longer. Not without raising my voice. Not without putting up resistance.

I know full well how tempting such ideological fictions can be, and how seductive can be the voices that espouse them from seats of power and corporate boardrooms, over the airwaves and even from pulpits. I try not to judge my loved ones for choosing to live by them. At the same time, however, I resolve to work shoulder to shoulder with those who would expose these fictions for what they are by proving that another kind of world is possible. I believe in that world, don't you? If our eyes are open, we see signs of it every day.

This year, I'm going to make a New Year's wish: That all of us might take more seriously our place in the scheme of things, and understand more fully the need for change, and own more unreservedly our own capacity for helping to create a more nonviolent society. Let us do so without complaint, and even with celebration, until that far day when the work of loving the world becomes customary--not because someone has commanded us to love, but because it is in our very nature.


Note: If for some reason you can't see the viewer above, click here to watch the video.