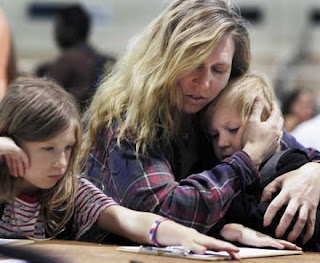 On the shortest day of the year, darkness then descending into the longest night, there is an annual gathering in a church near the Boston Common to remember and to mourn. It is an interfaith memorial service for homeless people who have died in Massachusetts during the past year. Always held on December 21st, words on the cover of the program underscore the symbolic power of the date, “The longest night of the year…, The longest night to be un-housed!”

I have participated in this community of mourners for several years. The immediate mourners, the family of the deceased, are the homeless themselves, gathered in the pews. I have often felt embarrassed here, to be welcomed into this community of the living and the dead. It is not only an embarrassment for what I have, seen in the immediate disparity, for instance, simply in the clothes I wear. I am humbled and embarrassed, rather, for what they have and give to me. There is a deep bond and sense of community among them, a gift freely shared, as powerful as any connection among people I have seen. Unlike in past years, sitting among the mourners this year, amidst the members of this holy congregation, my own tears came in a way they hadn’t in other years.

Among them, I could see their faces now, the intensity of their gaze as they listened to one of their own speak. My eyes kept returning to a man across the aisle from me, his appearance, I’m sure, belying his age. His face was striking, soft and hard at the same time, furrowed lines in weathered skin, graying hair to his shoulders, a bushy beard also streaked with gray, a beard both handsome and scruffy. I watched him as a child began to sing with a voice so haunting, accompanied by his father on piano, a bond so strong. The man across the aisle leaned forward, with shoulders hunched, and began to sob. I turned away as my own eyes welled, so as not to intrude. Later, I learned that his wife had died a year ago, the two of them having lived together on the streets for so long.

I confess that I hadn’t thought before about couples living their married lives upon the streets, without a home, without a bed in which to make love. This was a street poet’s loving lament, tender and biting, the voice of a woman as she looked up toward her husband while reading from her poem, “I Love Being Homeless.” Of a young couple caught in the street’s inexorable grip, with voice choking, Mike, an organizer of the service, told of the couple’s death together only two weeks before. These people his congregation, his holy work among them, in tears he added that fortunately their baby was not with them at the time.

All along the lower edge of the u-shaped balcony that surrounds the simple church, and along the floor at the base of the walls, there are cardboard tombstones, each with a first name and a last initial, unless it is for John or Jane Doe, the homeless and unknown. A man came up to speak, “people call me Shaggy, but my real name is David.” He looked around at all the tombstones and said, “All these people who passed away, a lot of them are my friends.” The names that were upon each cardboard “stone,” so many of David’s friends, were read individually as a candle was lit for each one. By the end, there was an undulating field of light at the front of the sanctuary, the light of so many souls flickering. I too was given a piece of paper with names to read. I felt a special bond with those names, and with the people who were called by them. I kept looking up at the cardboard markers to see if I could find them, Juarez S., Robert C., Gerald F., John N., Lorraine S., Richard S., Leonard M., Jeffery O., James W., the names by which each was welcomed into this world and by which they now were remembered. 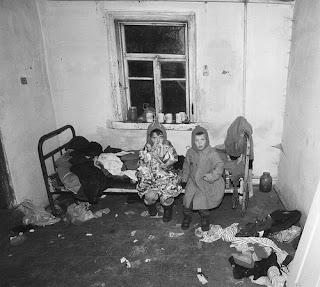 God’s candle is the human soul, ner Hashem nishmat adam, and so for each of these, God’s light diminished now in this world, however many candles we would light. Coming during the week of Chanukkah, a time for raising up light, the Torah portion was Parashat Miketz (Gen. 41:1-44:17). Concerned primarily with the unfolding story in all of its drama of Yosef and his brothers, the portion begins with reference to the final two years of Yosef’s imprisonment: vay’hi miketz shna’tayim yamim/it came to pass at the end of two full years. Looking to the book of Job, the rabbis make a startling connection with this verse that would seem to be but an introduction. Chapter 28 of Job begins with a description of miners going down into the earth, bringing light to guide them in the midst of deep darkness. Speaking of each miner, the text says, keytz sam la’choshech/each one puts an end to darkness. Playing on the words keytz and miketz, both referring to an end in the passing of time, the verse from Job comes to speak to each one of us with its powerful reminder, each one puts an end to darkness.

It is not enough to reach out to the homeless only to mourn. On these long winter nights, it is for each of us to help put an end to darkness, together lighting the way home. From the same church where the memorial service is held, Mike leads people out to find the hidden homeless, those who don’t go to shelters and are wary of contact, bringing socks and hats and gloves to them, hoping their names won’t be upon those cardboard markers next year. Until we bring a more just and equitable society, we need to go out into the night with Mike and bring warmth and caring to those who could freeze to death in the meantime.

Painfully aware that it is not enough to mourn, neither is it enough to meet the immediate needs of the currently un-housed. If we would see the time when everyone has a place to live, it means challenging and changing the nature of a society in which so many are left out in the cold to varying degrees. During the memorial service, a sign was referred to that had been on the medical tent at Occupy Boston, “Let the raid begin, we want to go home….” Giving ironic voice to those in the tent encampment who had nowhere else to go, that sign was also a reminder of how far we have to go until we all come home. 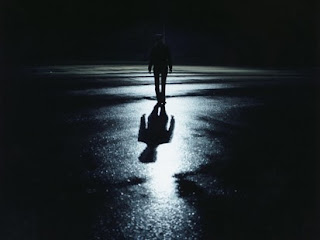 Prefacing my own words of prayer with the hope that our mourning would be a call to action, I offered an adaptation of the Jewish memorial prayer, El Molei Rachamim, chanting first in Hebrew, then reading in English (see below). As it is the miners in the Book of Job, not God, who bring light into the depths of darkness, only we can transform our words of prayer into action and bring the light of a new day, when none shall die for want of such basic human rights as food, clothing, shelter, and health care. When that time comes, we shall again gather on the shortest day of the year, unafraid of the longest night, and celebrate the holy community of the once un-housed.

Memorial Prayer for the Homeless

O God, exalted and full of compassion, grant perfect peace in Your sheltering Presence, among the holy and pure, to the souls of all those whom we remember today, who have gone to their eternal home. Welcome them home, please, with open arms. Show to them the love and acceptance denied to them in life. Knowing that You have given us the resources, help us to create a just society in which everyone has a place to call home. In Your embrace of their souls, please show to them the meaning their lives held for You. Be a mirror, God, in which they may see Your image in their eternal selves. Please forgive us for not seeing Your image in them, and help us to open our eyes to the holiness of every single life. Master of mercy, we beseech You, remember all the worthy and righteous deeds that they performed in the land of the living, deeds of infinite meaning in Your eyes, however small, whether for family and friends, whether on the streets or in shelters, for each other and for others. May their souls be bound up in the bond of life. You are their portion. May they rest in peace. Let us say: Amen.