Hind Swaraj for the 21st. Century 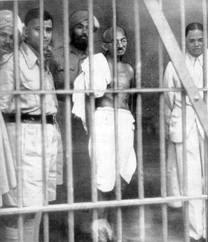 In my readings of Gandhi’s Hind Swaraj or Indian Home Rule, I couldn’t help but make a strong connection between the problems Indian society was facing in 1920 and the problems we are facing now, almost a century later. Our problem is not that of an oppressive mother country, but a flaw in our society even more grave. Gandhi stated that “the English have not taken India; we have given it to them. They are not in India because of their strength, but because we keep them” (HS, 34.)
Like the Indians nearly one hundred years ago, we were not fully aware of the consequences of our actions. Now it’s evident that we have become slaves. But in my view, what makes our situation even worse is that there are no oppressive laws that have brought us to this state of injustice; only the indirect will of the people. We’ve made ourselves slaves to the corporations. We’ve allowed them and their marketing to make us believe that by consuming we can obtain happiness. We bought into the scheme perfectly and are only now seeing that the final result is far from the happiness promised.
Even now as I’m writing this, there’s an advertisement in the bottom corner of my Microsoft Word 2010 software telling me I can now have three dimensional effects in my power point presentations if I buy the full Microsoft Office 2010 software. Why do I need 3-D for any presentation? Yes, it may look cool and draw some attention, but does it add anything at all to the content of the presentation? Does it help me convey my point or opinion any clearer? This is one large aspect of the problem: at all moments of our waking life we are bombarded with the next latest and greatest gadget or style; told our lives will be bettered by always having something new, by always buying more. And now like a dog sitting patiently for another treat, society sits waiting for the next phone to come out that will allow us to send e-mails that much faster, even if there is no real problem with the phone we have now. At what price are all these new technological advancements and industrial progressions really coming? Is this materialism really worth the price we’re paying; the slavery it puts us into?
The Occupy Wall Street movement brings up some hope that our country may be moving in a better direction and that control may slowly be moving back towards the people, but I still have my doubts about the whole thing. We can’t expect that things will change and all those who are at the top of the corporations and government offices will give up their greedy ways only because we ask them to; a grander social change is necessary. I saw a picture on the web recently of a group of the Occupy protesters in New York. The person who posted the picture had gone through and marked all of the brand name products, from shirts, hats, bags, to the cameras and video recorders the protesters were using to capture the event. How can we expect the greedy to stop accepting and taking so much money, if we keep spending so much and paying their inflated salaries? Are not those who we are upset with just reflections, manifested to the extreme, of ourselves? Do we just “want English rule without the Englishman,” “the tiger’s nature, but not the tiger” (HS, 26), the capitalist and competitive system without the greed? 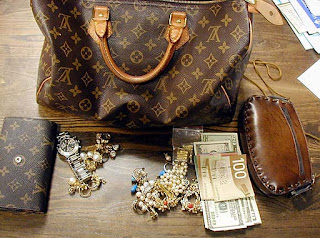 This is where I see the relevance and need for Hind Swaraj in the U.S. If we want to end corporate greed we must first end our own greed. If we want a deeper rule among the people, we first need a deeper rule over ourselves.
What is Swaraj? Gandhi points out that even if the British were to be expelled from the country, it would not mean that all the problems Indians had attributed to them would also disappear. It was up to the society to bring about that change, to stand up and form a system that suited them. For Hind Swaraj, for home rule, all must obtain self-rule.
The first crucial step the society must take for the social reform it wants is to look deeply into what is really going on around us and become fully aware of everything we see. Gandhi criticized civilization. Even in 1920, all the progress achieved in working towards a higher civilization was actually enslaving people into the system of civilization. Those who work towards those possessions of progress “are enslaved by temptation of money and of the luxuries that money can buy.” (HS, 32)
This is the largest problem facing our society. We have been disillusioned like a dreaming man; all the marketing and advertisements have shown us the way we should be living, and being in a deep sleep and dreaming, we are not able to realize it’s not the truth. It’s not until the sleeping person wakes up that they discover the falsehood in their dream. Occupy Wall Street seems to be our alarm clock. It’s time to wake up and see the way of truth, no longer the dream life corporations have put in front of us. Civilization is more than monetary and material wealth.
We have forgotten not only to perform our duty but what our duty is. We’re not living to achieve wealth and luxuries, but to help those around us and better the livelihood of all. What kind of civilization pits all of its inhabitants against each other? We must no longer rate civilization by the industrial progression it has made but by happiness and moral fiber of the civilians. We need to set our hearts on the whole of the society not only ourselves. The drive for possessions has driven out care for those around us. Our civilization has led to the creation of the “99%” that are now calling for an end to corporate greed. We must be sure this call is not for the greed of the 99%, but for the bettering of our civilization.
Our freedom lies in our hands. Only through our actions

will the nation be freed from the immaterial bonds of material possession that hold it down. “Swaraj has to be experienced, by each one for himself. One drowning man will never save another. Slaves ourselves, it would be a mere pretension to think of freeing others.” (HS, 56) The nation’s freedom will only come from each of us freeing ourselves. We created the slavery so only we have the ability to abolish it. The first step must be a look at how drawn in we are to the “American Dream” and how conscious we are of all the things we purchase, a deeper understanding of why we buy the things we do. Only after we realize where the passions of our hearts are and where they should be can we become free and begin work towards a civilization and society that is truly for the people, by the people, and of a non-greedy people.
In our new clarity, we must see that the words of Gandhi from the past are still as relevant as they were a century ago.
Logan Fleer - Participant in a Gandhi Study Program, Gujarat Vidyapith, Ahmedabad, India
Posted by Carl Kline at 8:00 AM