Giving Thanks as a Source of Humility, a Counter to Arrogance 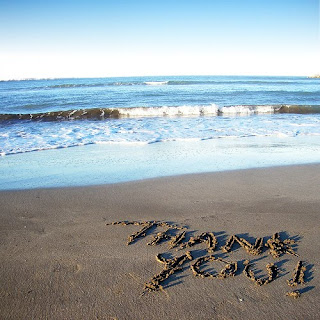 To be thankful both requires and engenders humility. I find myself looking back at Thanksgiving, reflecting on the teaching of one day for every day. As we pause to consider that for which we should be thankful, it seems to me that we would do well to recognize that many of our greatest gifts are not of our own making. Numerous “accidents of birth” determine so much of later opportunity. Skills that require great dedication to develop, whether in music or art, science or sports, often grow from native ability that springs of its own from our genes. The very act of giving sincere thanks, therefore, should be a counter to arrogance. If something that in its essence or origin is not of my own making and has not come to me due to some intrinsic merit, then my giving thanks should be an act garbed in humility.

For all of the beauty of Thanksgiving, I think that what might be one of its deepest lessons is often missed. As with so many holidays, we can easily avoid grappling with the implications of particular moments in sacred time, and forget as well to draw meaning and responsibility beyond the bounds of a day. As a day to inculcate humility through the act of giving thanks, Thanksgiving offers an opportunity through which to address and redress inequities that divide Americans into a de facto class society. Gratitude for what we have is a tacit acknowledgement of what others don’t have, of the fine line that separates having from not having. Offering a time in which to consider what separates people from each other, Thanksgiving can open our eyes to see, our ears to hear, and our hearts to feel the needs of others. If fortunate enough to be gathered on Thanksgiving with friends and family, our very gathering might awaken us to the loneliness of so many who have no one to be with and no place to call home. As Phil Ochs sang long ago, “there but for fortune, may go you or I.”

The story of Thanksgiving, so much a part of the American myth, especially so in New England, is most often told and transmitted in a way that violates what could and should be its essence. Rather than drawing from and speaking in accord with the humility that is meant to go hand in hand with giving thanks, the telling becomes one of arrogance. It is the arrogance of leaving out the consequences of white settlement upon indigenous populations, a process that began with Plymouth Plantation, of peoples and nations, of cultures and languages destroyed. How much deeper our expressions of gratitude would be, if carried on the same breath came acknowledgement of the pain and suffering of so many that is such a part of the founding and becoming of this nation. Approached as a source of humility learned through the act of giving thanks, Thanksgiving could be a day of national t’shuva/repentant turning. 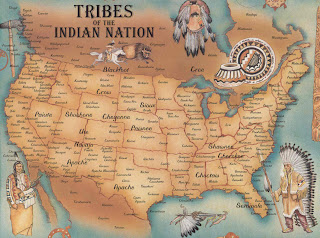 I found these thoughts coming to me in reading the Torah portion that came during the week of Thanksgiving, Parashat Toldot. Bringing to mind the ways of Native Americans, I heard the description of Esau with perhaps a twist of irony, a man who understood hunting, a man of the field/ish sadeh. We are told that Esau called himself Edom/the Red One. Beloved of his father, Isaac, Esau is able to hunt and then prepare a meal with which to satisfy the hunger and longing of his father. His way as a hunter is not rapacious, but the way of one who knows and loves the fields and forests of home. Twice wronged by his brother Jacob, the birthright and blessing of the first-born are each taken from Esau through trickery and deceit. Upon realizing that the blessing meant for him has been given to his younger brother, Esau said to his father, “Is this, then, the only blessing you have? Bless me, too, O my father!” The text then tells us very simply, And Esau lifted up his voice and wept/va’yisa Esav kolo va’yevk’.

The Jewish People, descended through the line of Jacob, has been blessed with a legacy that invites us to wrestle with God and with people, to engage with text as seekers and questioners. We are invited to interpret Torah and to add our voices to an ever-unfolding dialogue as part of the “inheritance of the community of Jacob/morasha k’hilat Ya’akov.” It is a beautiful inheritance, a beautiful legacy of the other son of Isaac and Rebecca, the brother who was a simple man who dwelled in tents/ish tam yoshev ohalim. It should be possible to love that legacy as it has come to us, and also to hear the pain in Esau’s cry, as it too has come to us. It is a personal challenge for each one of us, as people, as Americans, to be grateful for the blessings we have been fortunate to receive and to respond to the injustice that leaves others in want.

Of Isaac, the father of these two brothers who were so different, the rabbis said, it is for his great humility that our father Isaac is praised/g’dolah anavah she’bah nishtabach Yitzchak Avinu. May we too be praised for great humility, the key that can open our hearts to hear the cry of another’s pain, the tone and song of our prayers of thanksgiving.

Thank you for this post, Rabbi. I love the story of Esau And Jacob. But it is the rest of this story that completely blows me away. When Isaac returns to the land Esau has been inhabiting after making his fortune, Jacob, has every reason to expect retribution from Esau for the wrong which he and their mother perpetrated upon him.
He sends his animals and servants and wives before him, cowardly as he was, knowing full well that if Esau intended to inflict swift and violent justice against his brother, it would be these innocents to take the full brunt of his anger. Jacob, hanging back, would have time to make a hasty retreat if necessary.
To his amazement, Esau allows him and his family clear passage. What's more, he graciously welcomes them. Jacob can hardly believe what he is experiencing and offers Esau a generous portion of the bounty he's brought with him to remediate some of the harm he did to his brother and Esau repeatedly refuses instead, insisting, that he, "has enough." He is blessed to overflowing with the portion which had been allotted to him and refuses Jacob's attempts to bribe him into forgiveness. Esau insists on offering his forgiveness freely, with no strings attached. He has long since let go of any resentment over the betrayal he experienced at the hands of his brother. He is grateful beyond words for what he has received in life and repeats his deep acknowledgement that he, "has enough."
I find this to be the most powerful witness in all of scripture to what non-violent living looks like in a real life situation. Curiously, it is a story not often told for reasons which are not at all clear to me. You, yourself, left off this part. I find Esau to be an altogether admirable role model for non-violent/grateful living. He reminds me that God has provided each and every one of us enough to be happy and for this we honor God with our sincere gratitude. Another's blessing, especially one that comes at our expense, can be cause for our envy and resentment. Esau clearly demonstrates that letting go of that envy and resentment leads to happier, holier, more bountiful living. He has enough. When I look about my life and reflect over what my gifts have brought to me, I am deeply stirred by the message of "enough" and desire to let go of all that is wasteful and excessive and extraneous to a happy life.