That Their Memory Be for a Blessing 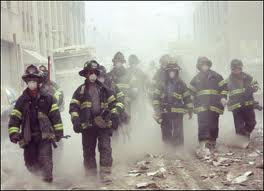 We each remember in our own way where we were and what we were doing on the morning of September 11, 2001. Emotions swirl, and images, and memories, the fears amid the chaos, of people and places lost forever, of others encountered, and of those in whose presence we found comfort. I was the school rabbi at a Jewish day school then. Early on that morning I was sitting on the floor with young children in a kindergarten class, telling of apples and honey and the sweetness of starting a new year. Later on, as the enormity of what had happened became known, I stood in a gathering of older students, some of their classmates already picked up by parents, struggling to inform, to explain, to console, hugging and crying, trying to chant words of psalms together. I thought about the cocoon of that early morning kindergarten class where neither that day’s evil nor any other was yet known, and I wished that I could be there amid the innocence and sticky sweetness.

Evil stared us in the face on that September day. Knowing the presence of evil, ours is not the innocence of the very young, however much we would like to flee to a safe and distant place. Neither to flee, that we not be touched or tainted by evil, nor to destroy evil, blotting out its memory from under heaven, is enough. Rebbe Kalonymos Kalman Epstein, known as the Ma’or Vashemesh, teaches that there are times when one needs to “flee to the forests,” to find remove from society, in order to be saved from evil thoughts and evil deeds. He then adds, but this only serves to save one from those things that impede the service of God. Underscoring that this is not enough, the Ma’or Vashemesh emphasizes that the need is to cleave oneself to Godly people and to participate together with them in the great and holy task. Not enough to blot out evil, our task is to fill the earth with such good that there will be no room for evil.

The tension between good and evil runs through the Torah portion that brought us to the eve of the tenth anniversary of September 11th, the portion called Ki Tetze (Deut. 21:10-25:19). Framed by violence, of war at the beginning, our own hands wielding the sword, the portion ends with the brutality of Amalek, eternal symbol of evil, attacking us at our weakest as we began the desert trek from Egypt. A countervailing thread challenging the violence wends through the portion, ever so subtle at times, even as goodness rises slowly and quietly in the world. Taking hold in our consciousness, at least by the third time of its saying, we can’t miss the repetitive exhortation to care for “the stranger, the orphan and the widow,” the most vulnerable among us. Containing more commandments than any other portion in the Torah, Ki Tetze also includes commandments meant to instill compassion for animals. In his “Moreh N’vuchim/the Guide for the Perplexed,” Maimonides points to the kindness that is to be shown to animals and says, “all the more so concerning human beings.” In commentary at the very end of this portion that begins and ends with violence, his words rising in a timeless crescendo of confident hope, Rabbi Samson Raphael Hirsch bids us to look beyond strife and to see our transformative role in creating a better world; “Justice and humanity will forever triumph over brutality and violence, and you yourself have been sent to proclaim that future by your fate and to help bring about that future by your personal example.”

That it is not enough to remove evil if we would bring that time, Psalm 34 demands positive action, concretizing the abstract and directing our steps, sur me’ra v’aseh tov/turn from evil and do good, seek peace and pursue it/bakesh shalom v’rodfehu. There is something unique in the wording of this commandment to pursue peace that is different from all other commandments. In regard to all other commandments, including so many that are found in this Torah portion, we fulfill them when the opportunity arises or at designated times. Concerning the double imperative to seek peace and to pursue peace, it is taught in Perek Ha’shalom/the Chapter on Peace, one of several small later additions to the Talmud, seek it in your own place and pursue it in another place/bakshehu mimkomcha v’rodfehu b’makom acher. Not to turn the other way, but to engage in the place we are and where we are called to be, the 19th century Torah commentator known as the Malbim reminds us of the obvious, you can’t seek peace if you flee from people, only pursue it where there is found among people conflict and strife, there you shall pursue peace/tirdof atah et hashalom. 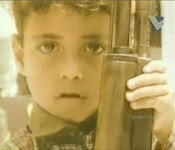 As memories flood our consciousness, both individual and collective, on this tenth anniversary of September 11th, we step back, taking time to pause, to remember, to feel the pain, to mourn and comfort. That some day little children shall yet lead us to a time of peace, when the wolf shall dwell with the lamb, we cannot flee or presume to share their innocence. That time shall not come through war, however noble the intent and the spirit of those who serve, nor shall it come through fear, suspicion and hatred. Only when we fill the earth with so much good that there shall be no room for evil will that time come. As individuals and as a nation, seeking peace in our own place and in every other place, may that be our memorial for all those who died, and may it be the blessing of their memory.