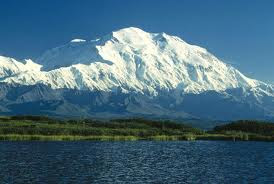 We recently returned from a brief trip to Alaska, The Great Land. We had opted to try to travel as “group free” as possible and so did not sign up for tour packages as advertised. Even so, to be able to enjoy even a little of Alaska in a short period of time involves being engaged with the “hospitality” industry. Our trip was seamless. Flight connections, transfers from hotels to busses to trains to boats and back again happened without effort on our part. The vast tourism companies are good at efficiently moving large numbers of people from one place to another .

In seven days we were able to enjoy several glaciers, vast expanses of tundra, and clear, unobstructed views of Denali/Mt. McKinley which is often enshrouded in mist. A mama grizzly and her cub glimpsed at a safe distance, a herd of Dall sheep, playful sea otters and porpoises and water teaming with salmon all made the Alaskan experience one to remember.

On our last day we were to catch a red-eye flight at 12:40 AM so we had a long rainy day in which to amuse ourselves in Anchorage. We were in the midst of organizing our luggage for the flight when our hotel room door opened unexpectedly. The housekeeper thought we had checked out and had come to clean the room. She was very apologetic for entering. We assured her that there was no harm done and she said she would return later. The first and only glitch in the perfection of the hospitality extended to visitors!

We finished packing and left our room only to encounter the housekeeper again. She repeated her apologies and we stopped to have a conversation. Ilyana was from the Philippines. There are hundreds of Filipino workers in the hotel industry in Anchorage. She was divorced many years ago and came to Alaska to earn a living so she could support family members back home. A familiar story. We asked her what her life was like working in Anchorage. She said “all of us do what we are told to do so we can earn money. And then at night, I go out dancing - - I dance - - it keeps me alive.” When she heard we were celebrating our 50th anniversary she beamed at us and then hugged us both and said she would pray for us. She was the missing element in our trip. She was a real person in the midst of a well-oiled hospitality machine. She was genuine. A little subversive. She welcomed us with herself, with her joy for dancing, with her life as an immigrant worker. The hospitality machine had not stolen her soul.

A short while later, my watch battery died and we entered the seemingly ever-present world of Walmart to see if we could get another one. When we reached the Timex counter, another diminutive Filipino woman offered to help us. “I need a new battery for my watch.” “Are you sure you need a new battery?” “Yes, my watch has stopped.” “Let me test your battery.” She pried open the watch and quickly tested the battery in her tester and said “your battery is fine. I can fix your watch.” She reached under the counter and pulled out a scotch tape dispenser and put a piece of tape over the battery to secure the proper connection inside my watch and then snapped the cover back on and re-set my watch to the proper time. She smiled and said “See? Good as new!” Another little subversion. For her, and for us, the human connection was far more important than the sale of a battery. Her kindness will not break Walmart, but it was surely an act of subversion of the huge system in which she was but a very small player. 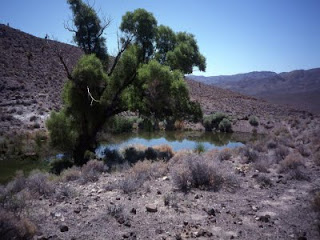 I thought a lot about these two women as we made the long flight home. In the midst of their de-personalizing work-days, they “subverted the dominant paradigm” of their respective industries and by their refusal to be less than human, they helped me to be more human. In a vacation world where hospitality means a smoothly functioning “machine” that requires little genuine human interaction as huge numbers of people are shuttled from one attraction to another, these two women fed us like refreshing springs in a desert.