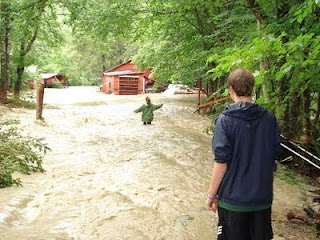 How gentle is the late summer breeze that rustles the leaves today and carries the sweet scent of fall. And how different from the fierce winds with which the week began, wreaking havoc along the path of the hurricane. Both the fierceness of nature and the fragility of nature, as the grandeur of people and our vulnerability, were on full display in the span of a week. In Vermont for a Bat Mitzvah, joy and sorrow swirling together, the devastation was overwhelming and utterly heartbreaking, immediately apparent once having left the main highway. Passing through small towns, the entire contents of homes, one after another, were piled in front yards and on sidewalks, belongings that told the stories of ordinary lives cast into dumpsters. Fields of crops so recently thriving, tangled as so many weeds held down by the mud. A cloud of dust from so much sediment drying on the street turned the afternoon overcast, casting an eerie light. It was surreal, and yet so real in the earnestness of people responding to tragedy. People were everywhere, frontend loaders and dump trucks, shovels and buckets, neighbors helping neighbors, buckled streets and broken bridges joining communities even more than when whole.

Natural disaster brings home the limits of human control, whether of ecosystem or social system. Time and again, the human spirit emerges as the element most indestructible in the midst of devastation. In our efforts to control both nature and people, we lose sight of that indestructible essence, failing to harness it in ways that might prevent tragedy rather than waiting for it to emerge as a response to tragedy. That grand spirit with which we are endowed, could it not be the source if harnessed well to heal the environment and to end war, abuse of nature and of each other? In the Torah portion of that week, Shoftim (Deut. 16:18-21:9), the week of the hurricane, there is a joining of nature and human, of tree and person become as one, arms and branches uplifted in prayerful plea, “do not destroy.”

As the great failure of humanity, war casts its pall in the Torah too, not to be celebrated, if as we sing, “all her ways are peace,” nor is it enough to lament, but to engage the Torah’s own struggle to feel the tension from within and find another way. In the portion Shoftim that tension is set in the very midst of war, from a context of utter destruction comes the plea not to destroy. We are told that in laying siege to a city, “you shall not destroy its tree…, for you shall eat of it but not cut it down.” Tree is in the singular. It is about more than the trees of one place, but about every single tree. The verse continues with four words through which the Torah nearly shouts a condemnation of war, if we would hear the words as the mystics did, seeing the obvious, hearing the obvious question, ki ha’adam etz ha’sadeh/for the human is the tree of the field! In all their simplicity, that is the literal meaning of the words. For all the complicated efforts to translate them in accord with the way things are, with assumptions about power and violence and control, the plain meaning is lost and the Torah continues to cry out. The human being, every single one, is the ultimate tree that is not to be destroyed.

From this verse, from these words, emerges the commandment called bal tashchit/do not destroy. Wanton destruction of any kind is a sin. In a medieval work called Sefer Hachinuch/the Book of Instruction, its origin unknown due to the author’s humility, we are told that the purpose of this mitzvah is to instruct our souls to love the good/l’lamed nafshenu le’ehov hatov. “So we are to cleave to the good,” the text continues, “and distance ourselves from every matter of evil and every matter of destruction…, loving peace and delighting in the wellbeing of all creatures/s’maychim b’tuv ha’bri’ot. 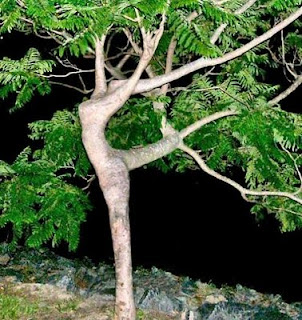 Natural disasters bring out that concern for the wellbeing of others. In the interplay of people and nature, we come to know the essence of both. If we turn away from destruction wrought by human hands upon climate and environment, a greater peace shall inhere upon the earth. In response to nature’s storms that are beyond our doing and control, turning toward each other we transcend devastation and despair. As trees uprooted in the field, suffering of people at the hands of people, the clash of arms, the cruelty of injustice, is ours to control and bring to an end. Of broken bridges and washed out roads, homes and dreams carried away on the hurricane’s flood, the human spirit rising in Vermont, and so among us all may it rise higher still.