For the Sake of Every Child 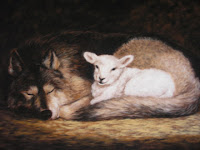 In this season of summer’s fullness, my small synagogue community has been blessed with the birth of many babies. Each one is so precious, and in all of her or his fragility each one is a reminder of the preciousness of every child, and of life itself. Every child represents the hope of transformative possibility and is a link to that time when all children shall be safe and free from want and war, when the wolf shall dwell with the lamb and a little child shall lead them.

In reflecting on the mournful dirges of Tisha B’Av, said on that sorrowful summer day of fasting, of tragedies recalled, Rebbe Nachman of Breslov looks at the word kinot/dirges and sees within it the letters of tikun/repair. And formed of the same letters is the word tinok, baby. Every child born is a link in the journey from despair to repair.

In a commentary on this Torah portion that begins with such violence, the M’or Eynayim, Rebbe Menachem Nachum of Chernobyl, sees the coming of the Messiah through the gathering together of humanity repaired, Each person needs to repair and prepare that facet of the Messiah that belongs to her or his own soul. Nurturing that aspect of the Messiah that is within ourselves, may we journey together from despair to repair for the sake of every child, fulfilling the promise and making whole God’s covenant of peace.

In a very personal way, the Torah portion Pinchas, emerging in dissonance, speaks to me of children, my own. This portion is the Bas Mitzvah Torah portion of my youngest daughter, Tzvia. The most important verse to me in this reading from the Book of Numbers is the first verse of chapter twenty-seven, And the daughters of Tzelophchad…, of the families of Menashe, the son of Yosef, drew near – and these are the names of his daughters: Machlah, Noa, and Choglah, and Milkah, and Tirtzah. In a single verse is the name of my son, Yosef, and of my eldest daughter, Noa.

Each is present in the story of the other, their little sister singing the song that joins them all. The story itself is one of triumph and transformation, of an injustice made right. Upon their father’s death, the daughters of Tzelophchad petitioned Moses for the right to inherit. Brought before God, the merit of their claim is acknowledged and the legacy that is passed through the generations is passed for the first time to daughters.

Reading the presence of children into the narrative of Pinchas brings both jarring irony and hopeful counterpoint to a portion that unfolds from the brutal violence of a zealot. In the context of Israel’s turning away from God to embrace neighboring idolatry, an Israelite prince flaunts his having sex with a Midianite woman in the service of Baal P’or. Appointing himself both judge and executioner, Pinchas takes a spear and runs it through the man and the woman. Adding to the assault on moral sensibility in this account that represents what Rabbi Abraham Joshua Heschel refers to as the “harsh passages” of Torah, God appears to compound the violence, saying of Pinchas, behold, I give to him My covenant of peace/hineni notayn lo et b’riti shalom. Of all people, why would God give a covenant of peace to Pinchas, a violent zealot who has just killed two people?

As so often, beneath the surface of violent passages of Torah there is tension, even a stream of nonviolence waiting to be drawn forth. We are called to wrestle with these passages, as though God has placed them before us as a sacred call to confront violence in the world around us. The passages concerning Pinchas are not simply of an ancient narrative. They are about us and about our world, about violence and transformation. With much struggle in the commentaries around the person and deed of Pinchas, the hint of another way begins in the scribal writing of the word shalom as it appears in a Torah scroll. The straight letter vav, not unlike the shaft of a spear, is to be written as a broken letter, in two parts with a space in the middle, truncated. The Covenant of Peace is a promise to be fulfilled when Pinchas is not broken by violence. So too, it is about us. 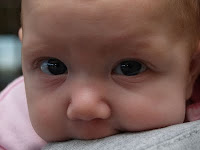 In Jewish tradition, Pinchas is identified with Eliyahu Hanavi, Elijah the Prophet. Elijah is the harbinger of the Messiah, the one who will announce the coming of that time when swords will be turned into plowshares and spears into pruning hooks. Elijah too was a violent zealot, taking it upon himself to kill the prophets of Baal. In the presence of children, Pinchas and Elijah are transformed, as are we, growing in worthiness to receive the covenant of peace, coming to be the one who will announce the coming of the Mashiach. At every b’ris, the covenant of circumcision, both Pinchas and Elijah are present. The point is made through the chair of Elijah at the ceremony that every child is a link to that time into which a little child shall lead. Ever since the birth of my first child, Noa, a daughter who shall inherit, I have also placed a chair for Elijah when celebrating a B’rit Banot, a ceremony marking the entry of daughters into the Covenant of Israel. And along with Elijah’s chair, there is sounded the tambourine of Miriam, whose name also appears in Parashat Pinchas, and who shall lead us singing through the parted waters to the land of promise.


Rabbi Victor H. Reinstein
Posted by Carl Kline at 10:36 AM

Email ThisBlogThis!Share to TwitterShare to FacebookShare to Pinterest
Labels: Every Child, Hope, Repair