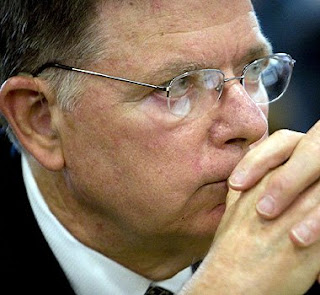 On the evening May 31, 2011, I attended a panel discussion held in the sanctuary of a church in our community. What made the setting significant was the topic of discussion: the assassination of Dr. George Tiller. Dr. Tiller was one of the few physicians in the United States willing to perform late term abortions. On Sunday morning, May 31, 2009, Dr. Tiller was killed in the narthex of his church during the morning worship service. He had been wounded in a previous shooting. He lived under constant threat and traveled to and from his office in an armored car. He had taken steps to protect his office and home. On Sunday morning, Scott Roeder drove from his home in Kansas City to the city of Wichita to kill Dr. Tiller. The panel discussion that I attended was both a tribute to Dr. Tiller and a way to inform people about the reality of domestic terrorism.

According to official domestic terrorism data collected and reported either by the Federal Bureau of Investigation or the National Abortion Federation, in the United States and Canada since 1977 there have been 41 bombings, 173 arsons, 91 attempted bombings or arsons, 619 bomb treats, and 655 bio-terrorist threats against women’s health facilities. There have been 17 attempted murders, 383 death threats, 153 incidents of assault and battery, and 3 kidnappings of health care providers. The following individuals have been killed in acts of domestic terrorism against women’s health care clinics in the United States: Dr. David Gunn (1993); Dr. John Britton and James Barrett, a clinic escort (1994); Sharon Levi and Lee Ann Nichols, receptionists (1994); Robert Sanderson, an off-duty policeman working as a security guard (1998); Dr. Barnett Slepian (1998); and Dr. George Tiller (2009).

Although Scott Roeder acted on his own, it is believed that he was influenced by Bill O’Reilly who made a habit of regularly describing Dr. Tiller as “Tiller, the baby killer” on his television show. Operation Rescue and other anti-choice groups have disavowed any connection with Mr. Roeder and stated publicly that they had no knowledge of him prior to the murder of Dr. Tiller. The U.S. Department of Justice has convened a grand jury to investigate who financed Scott Roeder and his connections. This is the first time a grand jury has been convened to investigate anti-choice domestic violence.

I arrived at the church about fifteen minutes after the program began. The anti-choice demonstrators had left but there were still about ten uniformed officers in the parking lot and inside the church. About 150 to 200 people attended the panel discussion. The panel members were Stephen Singular, author of The Wichita Divide: The Murder of Dr. George Tiller and the Battle over Abortion; attorney Lee Thompson, who had represented Dr. Tiller; Kari Ann Rinker, the Coordinator for the Kansas chapter of the National Organization of Women; and Dr. Mila Means, who plans to open a new women’s health care center in Wichita. Dr. Mean’s has already received death threats, has anti-choice demonstrators outside her home, and must deal with organized resistance as she looks for office space. Mr. Thompson told the audience that he is a church going Republican and there are many others like him. It was a helpful statement reminding us not to let our biases cloud our vision. Women’s health care is not a single party issue. During the question and answer period, a woman in the audience stood and said that she was a devout Roman Catholic and she is not pro-abortion but she is pro-choice and the distinction is important. During the course of the evening both Singular and Thompson made the point that Roeder and others who have been convicted of hate crimes and acts of domestic terrorism believe that they are agents of God, obeying God’s law and therefore not bound by civil or criminal law. In so far as this statement is accurate, those who commit acts of domestic terrorism have confused the myth of violence with principled acts of nonviolent civil disobedience. There is a place for the latter, but not the former.

Overt acts of domestic terrorism in the U.S. are not isolated acts; they happen in the context of a larger web of violence. Television personalities like Bill O’Reilly contribute to the legitimating of violence by use of extreme language designed to inflame, and some elected officials contribute to the sense of entitlement that those who commit acts of domestic terrorism have. For example, while he was the Attorney General of Kansas, Phil Kline disregarded and violated explicit court orders limiting his campaign to demonize Planned Parenthood. When the highest law enforcement officer in the state openly disobeys a court order, it’s something to think about. Recently, Kansas Governor Sam Brownback and members of the State Legislature enacted legislation designed to close women’s health care centers. One of the bills the governor signed into law places highly restrictive architectural requirements on women’s health care centers. After signing the bill, the governor announced that the centers would have two days to comply before state inspectors would be visiting the centers to enforce the new measures. Another proposed bill will make it illegal for private insurance companies to offer coverage for abortion services in Kansas, regardless of who pays the premium. Some states are trying to defund family planning programs and services. These measures clearly violate the intent of Row v. Wade. Unable to win at the federal level, anti-choice groups are circumventing federal law under the guise of “states rights.” Such measures contribute to a distrust of government and disrespect for the courts.

Are we witnessing the legitimation of a new culture of violence in U.S. society? Is domestic terrorism becoming mainstream in America? One cannot discount the legacy of racial and gender violence in the United States, but one can ask if what we are witnessing today is not something new. The Patriot Act defines terrorism as “acts intended to intimidate or coerce a civilian population.” When these acts are carried out in the United States by citizens, they are acts of domestic terrorism. The FBI reports 250 confirmed acts of domestic terrorism between 1980 and 2000. 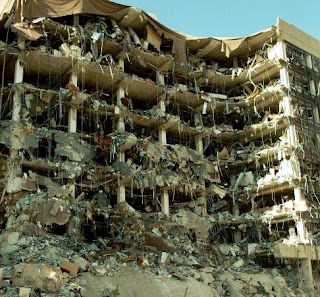 I visited Oklahoma City not long after Timothy McVeigh bombed the Murray Federal Building. People were still talking about where they were and what they heard and saw that day when nearly two hundred innocent people died in the explosion. Joel Dyer wrote about McVeigh and his network of support in his book, Harvest of Rage: Why Oklahoma City is Only the Beginning, (Westview Press, a Member of the Perseus Books Group, 1998). Stephen Singular wrote about the death of Dr. Tiller in his book, Wichita Divide. Visiting crime scenes and reading about acts of domestic terrorism does not make me an expert, clearly I am not. But as I stand in the shadow of these stories I ask myself, “What am I to do?”

Efforts by the police, the courts, and the grand jury to hold those who commit and plan acts of domestic terrorism are essential, but not sufficient. Waiting for the due process of the law to run its course seems too uncertain and ponderous a process. And, like the woman who spoke up in church, I am not pro-abortion but I am pro-choice. I cannot wash my hands of the struggle or turn a deaf ear to the sounds of violence. That is irresponsible. I wonder if communities of faith contribute anything constructive. The principles of nonviolence teach me that I must not allow fear to conquer me or self-righteousness to seduce me. I must not allow the culture of violence that I reject to grow within me. But this alone is not enough. I live in these times. I share in the guilt and the hope of my society. I must look for ways to encourage and strengthen the bonds of human community. And, I can support others, like members of the panel, who have the courage to resist the threat of domestic terrorism. In an article entitled, “Showdown for Nonviolence,” Dr. Martin Luther King, Jr. wrote, “All of us are on trial in this troubled hour, but time still permits us to meet the future with a clear conscience.”

In closing, I would like to thank Norbert Suchanek for his reply to my blog on depleted uranium weaponry. Mr. Suchanek informed me that on April 27, 2011 the Congress of Costa Rica became the second nation in the world to prohibit depleted uranium weaponry within its territories. Costa Rican President Laura Chinchilla formalized the law prohibiting the use, trade, transit, production, or distribution of uranium weapons in Costa Rican territories. In his reply, Mr. Suchanek referred to Friendly Fire, the Link Between Depleted Uranium Munitions and Human Health Risks, written by Damecio A. Lopez, Executive Director of International Depleted Uranium Study Team (IDUST). I am grateful for Mr. Suchanek’s reply. I believe that we can and must ban DU238 weaponry.

Throughout this article I have intentionally used the phrase “anti-choice” because I believe it is an accurate and non-inflammatory description of the position taken by those who engage in or implicitly support acts of domestic terrorism against women and women’s health clinics. Acts of domestic terrorism cannot be allowed to masquerade as “pro-life.”

What a great, powerful piece. I’d really encourage you to try to publish this more broadly, David. It’s such a wonderful blend of personal reflection, researched argument and suggestions for action. And I like your use of “anti-choice.” This term should be more widely used. Thank you.