A Tale of Two Mothers

One of them grieves a son killed in the World Trade Center on September 11. The other grieves a son now imprisoned for life (without parole) for supposedly being the plot's "20th hijacker."

Today is Mother's Day. We are only a week removed from the killing of Osama Bin Laden and the explosion of raw emotions it set off. It seems a particularly apt time to lift up the remarkable relationship of these two women, who many would expect to be enemies. They are not enemies. They are dear friends. By overcoming fear, anger and suspicion to acknowledge their shared grief and common humanity, they have united to "fight for peace and love in the world."

Meet Phyllis Rodriguez. A teacher and artist now in her sixties, she's a secular Jew who has lived her entire life in and around New York City. Married to Orlando, a sociology professor, she is the mother of Greg (pictured below right). Greg was 31 years old, happily married, and working at Cantor Fitzgerald when the North Tower collapsed on the morning of 9/11. Four days later, with Greg still listed as "missing," Phyllis and Orlando released an open letter imploring President Bush not to attack Afghanistan in retaliation for harboring Osama Bin Laden and al Qaeda. It read in part: 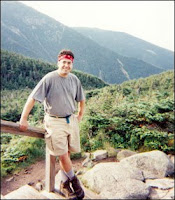 iolent revenge.... It is not the way to go. It will not avenge our son's death. Not in our son's name.

Our son died a victim of an inhuman ideology. Our actions should not serve the same purpose. Let us grieve. Let us reflect and pray. Let us think about a rational response that brings real peace and justice to our world. But let us not as a nation add to the inhumanity of our times.

‎Now meet Aicha al-Wafi--like Phyllis Rodriguez, also in her sixties. Muslim, born in Morocco, she has lived most of her life in France, having emigrated there with her husband when in her teens. Eventually fleeing the violence in her home, she worked as a cleaner and civil servant, raising her four children alone. Son Zacarias Moussaoui (pictured below left)--"the child I never had a problem with," Aisha says--was roughly the same age as Greg Rodriguez on 9/11. 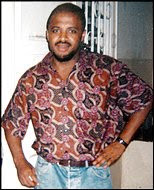 ls how on September 13, 2001, her daughter called "to tell me that Zacarias was on television. I couldn’t recognize my son–the picture was horrible. I knelt down in front of the TV and yelled, 'It’s not true, it’s not my son; it’s not possible!’ They were suggesting he was connected to the terrorist attacks, but he had been in jail in the States since August for visa violation. I was beside myself. I couldn’t eat or sleep. Friends said I wasn’t to blame, but I said, ‘How can I not feel responsible for something he may have been involved in?’"

Phyllis and Aicha first met each other in the fall of 2002. At the time, Greg's remains had still not been recovered from "The Pile," and
Zacarias was in prison awaiting trial. Through the organization Murder Victims' Families for Reconciliation, Aicha asked to visit with some relatives of those killed in the attacks of 9/11, and Phyllis was among those family members who agreed to gather privately, in a secure location.

"When I thought of the people who had died and of their families," Aicha says, "I knew my suffering was not the same, and I wanted to give my condolences and apologize. While I knew my son was not directly responsible for the attacks, extremist thinking like his had created a climate of hate."

Aicha and Phyllis both acknowledge that they were "scared" on the day of their first meeting. Encouraged by her interpreter "to be strong even if you are going to be rejected," Aicha entered the roomful of Americans, her heart beating double-time. Then her eyes landed on Phyllis. "Something like a magnet drew me to her," she recalls. "We fell into each other’s arms and cried for a long time. I felt her heart beating as fast as mine." Then Aicha turned to the others in the group and said, as an opening, "I don't know if my son is guilty or innocent, but I want to apologize to you for what has happened to you and your family."

Phyllis says that this first encounter with Aicha "changed my life, because it changed my direction emotionally. It was the beginning of my learning that someone like Aicha, who has suffered so much, could still be emotionally generous. It brought out the generosity in me and I felt better for it. Since then I’ve learned that one way to heal is to bridge the gap between ourselves and the ‘other’. A Moroccan Muslim woman living in France and a secular Jewish woman living in the U.S. are no different, because our hearts are joined."

With Phyllis learning French in order to converse more freely with Aicha, the two mothers began to communicate regularly. When Aicha returned to the U.S. in 2005 to fight against the death penalty for her son, who had pleaded guilty to conspiracy charges, Phyllis offered her support behind the scenes, and her husband Orlando testified on Zacarias's behalf, as did a dozen other 9/11 family members. (This was the first time in the U.S. that relatives of victims had ever served as defense witnesses in a capital crime case.) While Zacarias admitted to being a member of Al Qaeda, no evidence was ever presented that tied him to the World Trade Center conspiracy. Even Bin Laden himself, who was never shy about taking or giving "credit" for terrorist acts, disavowed Zacarias's complicity. In the end Zacarias was sentenced to life without parole, though according to the Associated Press a half-dozen jurors wondered if he'd had much, if anything, to do with the attacks.

"When I watched Zacarias at the trial my heart was broken," Phyllis recalls, "because I could not look at him as a stranger. He is the son of my friend." Today she continues to support Aicha in her campaign for the legal and human rights of her son. Aicha's deepest hope is that Zacarias might be allowed to live out his life sentence in a French prison.

Since their first meeting in 2002, Aicha and Phyllis have made public appearances together throughout Europe and the U.S., telling their story of reconciliation and forgiveness. In 2007, they were joint recipients of the Die Quadriga Award, being recognized as “role models for reconciliation."

Over the years since 9/11, and especially as her friendship with Aicha has developed, Phyllis has been refining her understanding of forgiveness. "When Greg was killed, I thought, 'I will never forgive the people who murdered my son'. But I have come to see forgiveness as more than a word; it’s a context, a process. I don’t forgive the act, but trying to understand why someone has acted in the way they have is part of the process of forgiving. Forgiveness is being able to accept another person for being human and fallible. To me, forgiveness is the recognition that we are all capable of anything–both good and extreme evil."

"It's ignorance that enables us to hurt the other," says Aicha, and these two mothers are certainly doing whatever they can, at home and abroad, to counter such ignorance. The way isn't always straight nor smooth. Reaction to their message, as to their friendship, has been mixed. Some people are surprised, even incredulous. Others are critical, even hostile.

Phyllis welcomes all reactions, even the negative ones, which offer "the opportunity to enter into debate with people." And she draws comfort from a very particular memory of her son.

"I remember when Greg was fourteen and returned home from a summer in Salamanca [Spain]. He was so surprised that the Spanish felt so much animosity towards the French. The conclusion he drew from this was `I hate nationalism'. I have no doubt that he would think my friendship with Aicha was wonderful, and that he would appreciate the irony of the situation."

May this tale of two mothers speak to you profoundly on this Mother's Day.

(Note: If for some reason you can't see the viewer below, please click here to watch the video. Some information for this post is from an article published in Die Presse on April 20, 2007, and also this article in the Village Voice.)

Posted by Phyllis Cole-Dai at 9:00 PM

Email ThisBlogThis!Share to TwitterShare to FacebookShare to Pinterest
Labels: Knowing the "Other", Mothers