Published on Monday, May 9, 2011 by CommonDreams.org
Daniel Berrigan: A Lifetime of Peace Activism
by Deena Guzder

Jingoistic crowds erupted with frat-boy glee shortly after President Barack Obama announced the extrajudicial assassination of Osama Bin Laden earlier this month. After all, America’s public enemy Numero Uno -- our own veritable Darth Vadar – had lost what the mainstream media depicts as a Manichean battle ten years in the making. The lone voices in the wilderness that dared to point out the covert operation violated elementary norms of international law were quickly dismissed as “fanatics”. 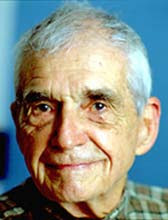 According to prevailing wisdom in the United States today, the best way to eradicate the world of a hateful ideology is by deploying 80 commandos on the home of an unarmed suspect and murdering him on the spot. Yet, we already see the entirely predictable consequences of the Osama bin Laden raid. In Portland, Maine, a mosque was defaced just hours after the news broke of bin Laden’s death. The graffiti read, "Osama Today, Islam tomorow" [sic]. Less than a week later, any misconception that the so-called Global War on Terror was winding down was dispelled when a drone attack killed at least eight people in Pakistan’s North Waziristan. Meanwhile Secretary of State Hillary Clinton disingenuously conflated al-Qaeda with the Taliban and, with bellicose bravado, declared the U.S. would continue its war in Afghanistan. And, in Pakistan, hundreds of Jamaat-ud-Dawa activists prayed in Karachi for their new martyr: Osama bin Laden.

Many great minds have questioned the logic of retributive violence, but perhaps none as persistently and unwaveringly as Father Daniel Berrigan. Today, the lifelong social justice activist and renegade Jesuit priest turns 90 years old. At a time when self-proclaimed Christian politicians espouse a Tea Party-inspired theology of xenophobia and vengeance, Berrigan is a rare soul that continues tirelessly opposing violence in its many forms. Along with his late brother Phillip, he has publicly opposed aid to alleged anti-Communist forces in Southeast Asia, the use of American forces in Grenada, the installation of Pershing missiles in West Germany, aid to the Contras in Nicaragua, intervention in Afghanistan during the Soviet invasion, the Cold War, and the Gulf War. Berrigan also vocally opposed the U.S. wars in Afghanistan and Iraq.[1] For Berrigan, Christianity is a counter-cultural practice directly at odds with the prevailing national culture of retributive justice. Arrested more times than he can count -- but “fewer than I should have been,” Berrigan says -- he has spent over half a century digging mock graves on the Pentagon’s front lawn, pouring vials of his own blood on Capitol Hill, vandalizing army airplanes, hammering on nuclear nosecones, turning his back on judges during his sentencing hearings, staging hunger strikes in prisons, undergoing strip searches for educating his fellow inmates, and standing in court on charges ranging from “criminal mischief” to “destruction of government property” to, most egregiously, “failure to quit.” [2] Berrigan fears moral suicide over physical death and regards moral autonomy as more liberating than physical freedom.
Last year, after badgering members of the Catholic Worker community across the country, I tracked down America’s most famous living priest. When I arrived at Berrigan’s Lower West Side friary in Manhattan, I half expected to find a Bible-toting warrior, but on that clement morning, I walked into the friary’s cozy hallway to find a slightly hunched elderly man with a meek smile and skin crinkled like aluminum foil. Greeting me with the softest, gentlest “hello” that I’ve heard since my first day at Montessori school, Father Berrigan clasped my hand and led me into his tastefully decorated office. The walls of his office showcased posters of freedom fighters such as Mahatma Gandhi, a child’s drawing of a circus clown, and framed quilts of butterflies. Among his impressive collection of books are volumes by his longtime heroes: Dorothy Day, Martin Luther King Jr., and Thomas Merton. Just shy of his ninetieth birthday, Berrigan spoke with me for an hour and a half, patiently answering my many questions and stopping only twice or so to cough. 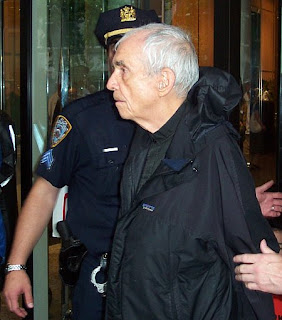 Berrigan told me of surviving a Depression-era boyhood, an abusive father, and countless wars to emerge with a
startlingly simple message: stop the violence. If Berrigan had lived during slavery, he would have fought with the abolitionists, but he would not have joined John Brown in leading violent slave insurrections. Even at the height of his Vietnam antiwar activism--or, as his detractors would say, the height of his arrogance--Berrigan never condoned violence. A tape-recorded message to the Weatherman Underground, attributed to Berrigan in 1971, pleads with the militant group to return to nonviolence, warning,: “No principle is worth the sacrifice of a single human being.”
In a world still wracked by violence, Berrigan’s peace testimony remains largely unheard and his pacifist views are too often dismissed as naïve. As we celebrate his lifelong commitment to social justice activism on his birthday, may we remember his startlingly clear message that violence is not the answer even when it’s seems most tempting and most justified. As Berrigan and so many others have noted, our convictions matter most when they’re tested on the crucible of life -- not when they are easy, safe, and fashionable. If we believe in a world in which international law triumphs over unilateral action; mercy triumphs over vengeance; and clemency over sacrifice then Berrigan’s lifelong testimony teaches us that there are no exceptions.