My wife and I just returned from a trip. We were on the road the day the apocalypse was predicted. It was hard to tolerate all the media attention given to this nonsense. Everywhere we went, people were talking about it. In one small Wisconsin store, the TV was blaring some movie on what the rapture would be like as an elderly clerk watched in rapt attention. When we entered an antique store on Saturday morning, the merchant harangued each customer about whether they were ready for the end of the world. Over the dinner table in Iowa, my extended family joked and laughed about the increasing silliness of religion. The conversation at the next table was similar. Even after nothing happened, the prophet of doom was in the news again, claiming a new date in October. Actually, I should have called him a "profit" instead of a "prophet." 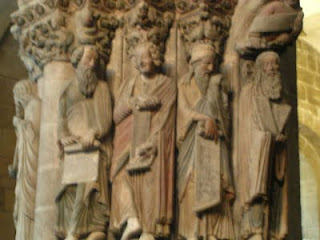 Anyone who reads the Hebrew Scriptures understands that the prophets speak for God. Their pronouncements often start with, "Thus says the Lord ..." The prophets are only intermediaries. They don't read the signs of the times and make predictions (the popular conception of prophecy). God doesn't give them a salary. And their consistent message is about how the nation is treating the poor.
Our profit of the apocalypse sits atop a multi million dollar operation. He takes from the poor. He frightens the ill informed with Biblical material taken out of context. If a person really believes a loving God, as revealed in Jesus, would rapture only those believing they are saved into heaven and leave everyone else to destruction, they have a perverted understanding of Christianity.
For those who believe that the primary message of Jesus was about a way of nonviolence, the trivialization of authentic traditions by radical religion is a great tragedy. "Burn the Koran! Burn the unbelievers! Burn the planet," they say!
The essence of all the Wisdom traditions differs from the proponents of violence. It helps to know a prophet by the size of his purse and his treatment of the poor.
Carl Kline
Posted by Carl Kline at 10:13 AM