That Despair Not Overwhelm 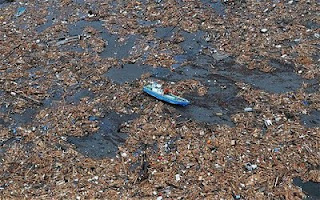 Twice recently, at two different meetings, an overwhelming sea of despair threatened to rise up within me. As against the tsunami that wreaked such havoc upon Japan, bodies strewn upon the seashore of life’s beginning, how safe the human soul from that tidal wave of despair that would numb and render us speechless? At a meeting of an interfaith clergy group, the focus had been neighborhood violence, meeting with a city street worker, hearing of guns and gangs, of revenge and grief and glimmers of hope, and the cycle starting all over again. As the meeting ended, one person asked for a moment to speak of support for subsidized housing, and then a moment more for another to speak of foreclosures and the economy, and then, connections made, a word about the fired Hyatt workers, and immigration, and budget cuts. An hour later, still around the table in the rectory of a Catholic church in the Roxbury neighborhood of Boston, from which too many young people have been buried, we looked at our watches and at each other, stupefied. Realizing what had happened, pouring out needs, what about Japan, the Middle East, North Africa, as though in the saying would emerge ways of response. In the end there was silence, and that would be our prayer, despair not to overwhelm, faith deep enough to hold back the tide.

A day later and the list had become longer. At a meeting of the Massachusetts Board of Rabbis, a time for “good and welfare” before the meeting began, to go around and hear from each one. “Life is good,” I said, “but for the pain that is all around.” Silence hovered among us unbidden, of awkward recognition, the sea rising again. The radiation danger in Japan was greater than assumed, itself, of course, to be assumed. A context now of heightened sensitivity for issues that tear at the Jewish soul, news just heard of the bus stop bombing in Jerusalem, sickness churning yet for the slaughter in Itamar. I could not even say in that moment of sharing midst the silence, of what else I struggled with among our own, of hatred and vilification, the loyalty questioned of those who question and litmus tests proposed if one would have a place at the Jewish communal table.

When despair threatens to overwhelm in the face of life’s tragedies, and words fail before the enormity of what has been and of all there is to do, response begins from within a place of silence. In the Torah portion of the week, the portion called Sh’mini (Leviticus 9-11), Aaron faces the worst tragedy a parent can imagine. His two sons, Nadav and Avihu, are struck dead before him, a day of celebration turned suddenly to a day of mourning. Failing to grasp what was needed in the moment of his brother’s grief, Moses sought to justify and explain. Dignity and resolve are offered in response, va’yidom Aharon/and Aharon was silent. Nothing more needed to be said than was said in Aaron’s silence. 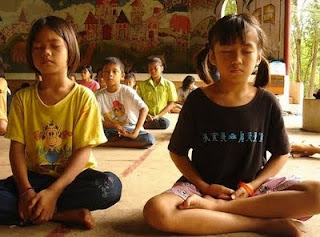 Elie Wiesel speaks of three kinds of silence: the silence of indifference, a screaming silence, and a creative silence. Of the latter silence he says, “you must be responsible not only for the words, but for the white space between the words.” In the very heart of the Torah, there is silence. Not a silence of acquiescence or despair, but the silence of renewal and resolve from which the way of response emerges.

In the face of everything that threatens to overwhelm, we cannot respond to everything at once. Each finding their own focus, called to give of her or his strengths, together we respond to all that tears at our hearts and at the fabric of human connection. From the dignity of creative silence, so too the words will emerge from each of us in response to those who would deny the way of peace and of our responsibility one for another. Let us take a day for envisioning the world as it might be, in the quiet space of the Sabbath, in the quiet space within ourselves. And may our faith be renewed that through us God’s vision of wholeness shall yet be fulfilled.