This Is the Century; This the Generation

Last week I met a Mexican youth worker. He works with young people caught in the web of violence around drug running and gang conflict in the streets of Mexico. He knows those streets, since that's where he spent his childhood. He knows the temptations beckoning the kids because they are the same ones he chose. He knows their abusive family situations because he grew up in a similar family. He knows violence and prison, attempted suicide, fear and hopelessness. He knows all that and more.
But now, with the support of a wife and children who love him, with a devout faith in a loving God, he's working to help those street kids find another way. The program he and his co-workers follow is the result of eighteen years experience. How do you reach kids in a drug running gang with automatic weapons and the impunity to use them? The answer is: thoughtfully, carefully, with a well practiced and disciplined plan. And that is exactly the approach they are using. 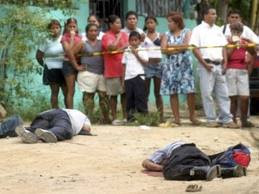 In my recent visit, I met many young people like this youth worker determined to find ways to turn around the violence in their society. For two days we met, struggling with the questions of how to use nonviolence in a violent culture. The night before we gathered, six young boys under the age of sixteen died in a gang fire fight. Their dead bodies were left at their homes. The deaths and the impunity with which the criminals operate escalates with each passing day. The challenge is enormous. Fear is pervasive.
Still, the fearlessness is also palpable. There were people present in our nonviolence training who have had guns pointed at their head. They should be dead. But through quick thinking, talking, and God's good grace, they survived. And there were people present who have had kidnappings in their extended family and understand the fears kidnappings feed. And everyone had been impacted in some way by the climate of violence. And yet, and yet, these young people are fearlessly exploring nonviolent action. 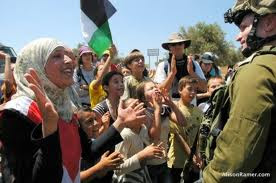 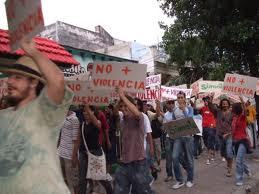 I left my friends in Mexico encouraged and inspired. Like those young people in North Africa and other places where violence has oppressed and ruled whole nations, these Mexican youth have a vision of another way. They are realizing that common people hold in their own hands a new path into the future that doesn't need weapons and war. They see there is a power that doesn't come out of the end of a gun and it's enthroned in the very core of the universe. They are determined to use it. They have convinced me to repeat a new mantra, that I expect to say again and again and again, in their honor and with faith in their vision: "This is the century! This is the generation!"
Carl Kline 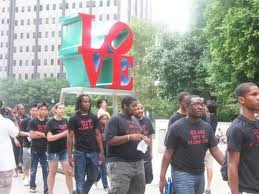 Email ThisBlogThis!Share to TwitterShare to FacebookShare to Pinterest
Labels: Mexico, Nonviolence, This Century, This Generation