Without Regret or Shame 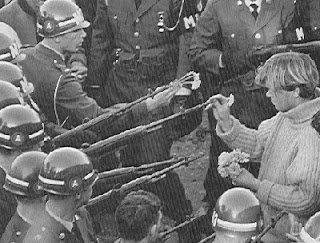 I feel a twinge of sadness, perhaps on some level even a sense of abandonment, when I encounter people who once described themselves as liberal/progressive, but now see themselves as politically conservative. Surely, I recognize that people change, and I respect political differences that are expressed respectfully, whether from left or right. I feel a particular sadness and hurt when people explain a conservative conversion as coming from wisdom acquired with age. While thought and opinion come to be shaped in many ways through the experience of living, there is special beauty in the discovery of new-found depth along paths that began in younger years. The deepening of faith and belief in the possibility of social change for the sake of greater justice and peace should be a source of pride. These thoughts came to me during the past week as I reflected on a group letter from a friend. He spoke of the gradual process of his own transition from liberal to conservative, for lack of better terms. I was particularly struck by his expression of regret for much that he had done during the years of the Vietnam war, from the chanting of mindless slogans to the hurling of expletives at returning soldiers.

As I continue coming back to re-read my friend’s letter, I have thought about his sense of regret, which I have heard others express as shame, as a catalyst for later rejection of an earlier liberalism. I have thought about the fairly constant thread in my own social and political outlook, as it weaves through my life from earliest years. There are certainly things that I have done and words that I have spoken in various facets of my life, for which I have regret, even shame. Through the process of t’shuvah/turning, returning, I have sought repair, even as God and the inner voice of our souls calls us to do all along the path of our lives. In regard to those years of the Vietnam War, however, I have no regrets and certainly no shame in regard to my own behavior as an activist. I was on the executive of the SDS chapter (Students for a Democratic Society) at my college, but when SDS turned toward violence through the faction known as the “Weathermen,” I left. I reached out to soldiers and others who disagreed with me. I spoke with police to explain the purpose of a sit-in as part of its organizing process. For me, the nascent buds of pacifism grew hand in hand with an embrace of Torah as a life path. 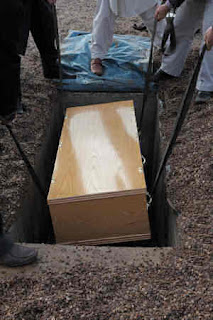 In a verse that I have often lingered over in the Torah portion called Yitro/Jethro (Ex. 18:1-20:23), I found in the cycle of this year’s reading a framework for the thoughts that swirled in response to my friend’s letter. Seeing how hard he is working, Moses’ father-in-law, Jethro, advises him to decentralize, to appoint judges who will decide cases in Moses’ stead, teaching the laws of life and helping people to resolve conflict. Jethro tells Moses that if he does this, you will be able to endure, and all this people too, each one of them will come to their place in peace/al m’komo yavo v’shalom. There is a special poignance in the last phrase of these words to Moses. They are said at the graveside during a Jewish funeral as the coffin is lowered into the ground, al m’komo yavo/tavo v’shalom/may she come to her place in peace. Even as we linger at that wrenching moment, so I tend to linger over these words of Jethro, coming this year to new understanding.

The verse does not say el m’komo/to one’s place, but rather al m’komo/concerning one’s place. In every place we are, we should be there in peace. Al m’komo concerns behavior more than direction. It is about how we relate to each other as people, those with whom we agree and those with whom we disagree, and about our ability to see the common humanity that is shared by all. Concerning each moment and place in which we dwell, we should be there in a peaceful way. In the end of our days, at the harvest of our years, our portion shall be one of peace if that is how we have lived. Seeking peace and pursuing peace in all parts of our lives and in every place and stage we come to, we are guided toward each new place without regret or shame. It is true in all facets of our lives, the political and the personal.