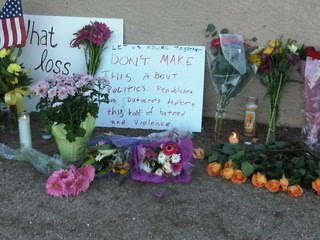 There's a rather intense debate going on in the U.S. about the use of violent language in politics. Some claim the massacre in Tucson, Arizona was a natural consequence of the heated and often violent rhetoric in the political arena. One such claimant is the sheriff responsible for responding to the tragic event.
Others say there's no credible relationship between rhetoric and murder and those who claim there is are trying to politicize an unfortunate event. Their response is a variation of the old argument that "guns don't kill people, criminals do." Here they would substitute "words" for guns, and "nuts" for criminals.
I'm of the opinion we need to adopt an understanding of the use of language consistent with an understanding of ahimsa. Ahimsa is a sanskrit word often translated as "no harm." The idea is not to do any harm to any living being. It's a primary concept for the Jains who provide animal sanctuaries in India for disabled and abandoned creatures, abide by strict standards of vegetarianism and profess and practice nonviolence in their social and political relationships.
Ahimsa was one of the vows in Gandhi's ashram.
One of the ideas implicit in ahimsa that has always recommended it to me is the intimate relationship between thought, word and deed. Only a thin thread separates one from the other. 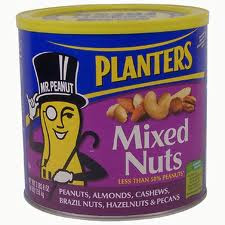 For instance, I like nuts, preferably mixed nuts. We got a large can as a gift for the holidays. During the course of the day, I would think about that can of nuts sitting in the cupboard. If I allowed my thoughts to center on those nuts for very long, without fail, I'd be reaching for the can. Deed followed thought.
Sometimes, word stood between thought and deed. I might have to say quietly to myself, "I didn't have much lunch, I think I'll have a handful of nuts." Deed followed.
When I was working as a campus minister, it was important for me to know something about suicide. What I learned was, there is a fine line between thought, word and deed. If someone mentioned they had thought about suicide, it needed to be explored with a mental health professional. If someone talked about committing suicide, it was doubly important for them to get help. The barriers between thought, word and deed were miniscule. A life was on the line.
To me, it's tragic that we have millions of children and young people in this country, thinking about killing, verbalizing killing, and practicing (training) for killing in our video game culture. I'm only surprised we don't have more of our young doing what they've been thinking about, and talking about, for much of their lives.
Thoughts provide the tinder for the fires of assassination and massacre. Words can provide the spark. Words carry power to harm or help. They are the bridge between thoughts and deeds. They connect one life with another, for good or ill. 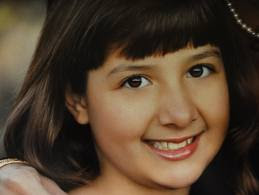 Carl Kline
Posted by Carl Kline at 9:50 AM