Several years ago I stood on a hill near He Dog Lake in Indian country. I was coordinating an intercultural education program on the Rosebud Reservation in south central South Dakota. We were some twenty people from Europe and the states with a wide range of backgrounds and ages. Our host was Florentine Blue Thunder, a local artist, and recognized by his peers for his spiritual gifts. At the time, Florentine and his brother Joe lived in a small house a quarter mile off the asphalt, hidden behind the crest of the hill I was standing on and nestled in a small grove of trees. You could see the lake in the distance and a farm house or two. Otherwise, it was just rolling prairie in all directions with nothing to detract from the star lit sky above. 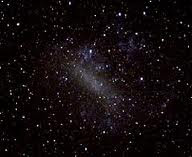 It was an absolutely awesome night. The stars filled the whole sweep of the sky. They were bright, undimmed by electricity and absolutely endless. We had left our campsite near Florentine's home to take a night hike. We didn't get far. The sky stopped us. Standing there with other members of the program, someone asked if anyone knew the constellations. Another person volunteered. The group listened and looked in rapt attention as orion and sagittarius and several other constellations were identified.
As I listened and looked I noticed that our host was some distance away with one member of the group. They, too, were looking at the sky and pointing. I wandered over to discover that Florentine was also describing constellations. These were Lakota constellations with Lakota stories. The star knowledge of Lakota people was quite extensive and for them, helped guide their movements and their cultural and spiritual understandings. 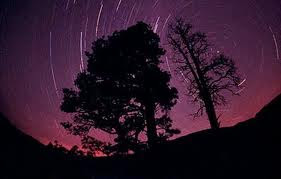 As I listened to Florentine I realized, perhaps for the first time in such a profound way, that not everyone saw the universe in the same way. My way of looking at the universe was not the only way. In fact, from the place where we were standing, Florentine's description of the universe was far more accurate and appropriate than the one the rest of the group was hearing. The rest of the group should have been standing in Greece or Rome, since they were exploring Greek and Roman myths. 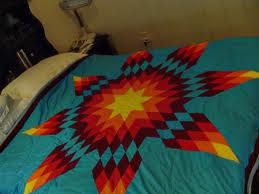 I was starkly confronted with my own cultural imperialism. I had to recognize that all people saw the universe from different perspectives and made sense of it in light of their own cultural experiences. It was part of the richness of human life on our planet and a reservoir of knowledge and wisdom available to the whole human family, if only we were wise enough to seek and know it.
Carl Kline
Posted by Carl Kline at 11:00 PM