That We May Know Each Other

That We May Know Each Other, the Neighbor I am to Love

There is a Sura, a chapter, in the Qur’an in which God speaks to humankind in regard to our own creation, the purpose of our own being, We created you from a single pair of a male and a female, and made you into nations and tribes, that you may know each other…. A Muslim colleague pointed to the first part of that verse, and, speaking primarily of immigrant Muslims, said with a weary smile, “I have so much trouble getting them to look at the second part of the verse, that you may know each other. They look at the first part and say, ‘you see, we have to stay together, to be a tribe.’” I am struck by the beauty of the verse, a beauty that depends on both parts being taken together as two parts of a whole. In relation to each other, the two parts of the verse illustrate the dynamic tension between the universal and the particular. We are indeed meant to celebrate our own uniqueness, whether as individuals, nations, tribes, religions…, but we are not meant to stay there, only among ourselves. God calls us to reach out, to share, to celebrate each other’s uniqueness, creating the wholeness among people that God can only envision and encourage. Making it our own and fulfilling God’s vision depends on us.

There is a similar tension that emerges from one of the most beautiful and familiar verses in the Torah, And you shall love your neighbor as yourself/v’ahavta l’rey’a’cha ka’mocha. As with the above Sura from the Qur’an, it seems amazing that anyone would not see the beauty and the wholeness of that verse, or in the manner of their reading it, eviscerate the simple words of their power and fullness. Inhering in the three Hebrew words of the verse is the entire tension between the universal and the particular. The importance of the particular, whether of individual or group, is rooted in the third word, ka’mocha/as yourself, which is understood to mean, as you love yourself. I cannot truly love another if I don’t love myself. I cannot love all people if I don’t love and attach to my own people. A key question emerges from the same word, “who is the neighbor I am to love?” Our answer to that question determines whether we are in tune or out of tune with all of the players in God’s symphony, whether our way of being in relation to others produces dissonance or harmony. 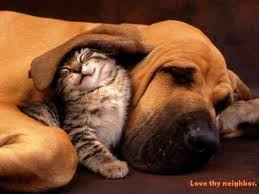 The hope and the challenge, the questions and the tensions that emerge from these verses and others from Torah and Qur’an were the subject of discussions among Jews and Muslims, imams and rabbis gathered for the fourth such program of “Building Bridges through Learning.” Coming together in common study of each other’s sacred texts, the theme for this gathering was “Love of Neighbor.” The topic had grown out of the tensions that flared between our communities once again last spring and summer, fomented by some who fear the challenge of dialogue with the Muslim community, and who have not tasted the sweetness of its fruit. It was a powerful program, blessed by a palpable sense of ease that has begun to emerge through growing familiarity. That ease allowed us for the first time to explore some of the more difficult questions that are an inevitable part of the equation when considering self in relation to others, the tension in real terms between the universal and the particular.

In the Torah portion read during the week of our gathering, Parashat Vayigash, that tension plays out in the seeking of a separate neighborhood, as it were, by Yosef’s family when they come down into Egypt. Reflected in their choosing to dwell apart in the land of Goshen, the vulnerability of the stranger impels them to seek safety among their own, to emphasize the “tribal,” the particular, even as it is emphasized by the Muslim immigrants of whom my colleague spoke. From the first word of the Torah portion, from which its name derives, Vayigash/and he approached, a vision is offered that looks beyond fear. Confident of our own identity, we are able to approach and embrace the other in the fullness of their identity.

It had been a week of swirling interplay for me between the universal and the particular. On Saturday night, immediately following Shabbos, taking the first hopeful steps into a new week, I spoke as part of a panel with a priest and an imam in regard to a play that churned with the human drama in the tormented relationship of Israelis and Palestinians. On Sunday, we enjoyed a wonderful synagogue Chanukkah party, the holiday whose essence is often forgotten, that everyone has a right to be who they are. On Tuesday, we celebrated a b’ris in our community, welcoming a baby boy into the Covenant of the Jewish people, praying that he will reach out to all people with pride and sensitivity as a Jew. On Wednesday was the “Building Bridges” gathering, bringing Jews and Muslims together.

On Friday afternoon, the week wending home to Shabbos, I attended the Masjid Yusuf, a mosque in Brighton where I had gone at the invitation of my dear friend and co-coordinator of the “Bridges” planning committee. Of holy days at week’s end, Ismail had invited me to come to hear his Friday sermon. It was an extremely moving experience, sitting at the back of the humble room filled with Muslims at prayer. Ismail spoke passionately of the essential link between means and ends, whether in our personal or collective lives, emphasizing that all of our ways in life must be “unblemished and legal.” At the end of the prayers, he welcomed me so warmly, asking worshippers to be sure to say hello. Quite a number of people came up to me, exchanging greetings, inviting me to come again, salaam aleikum, aleikum salaam. Among those who greeted me was a young man who startled me, asking in Hebrew if I spoke Hebrew. When I responded yes, he told me in excellent Hebrew that he was from Saudi Arabia and had learned Hebrew at Brandeis. Our hands clasped, he said, l’hitra’ot/see you again.

The string of connection finely tuned, hearing myself in the voice of the other, nations and tribes that we may know each other, the neighbor I am to love. 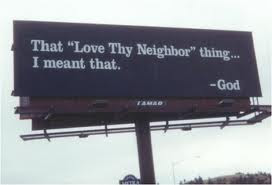