A recent Christmas letter we received asked what happened to the Christmas wish for PEACE? Why aren't people thinking peace, praying for peace, working for peace, cultivating peace? Why are we ignoring the promise of peace present in the season?

One response might be that the American people have been hoodwinked into a world view that makes peace a fantasy and perpetual war a necessity. How else can we explain an accepted doctrine of "preventive war;" of preemptive strikes (more truthfully described as assassination of "suspected" enemies); of bombing of civilians by unmanned drones; of thousands of military dead and wounded and millions of civilians dead, displaced or made poorer; of 800+ military bases all over the world; of a war budget that escalates the national debt and plunders the economy; and of disappearing civil liberties, as a climate of fear and suspicion claims our shoes, our privacy and our first amendment privileges.

Each new day (especially this time of year) reveals one more threat prevented, terrorist arrested, and community secured. We are fed a steady diet of "be afraid." 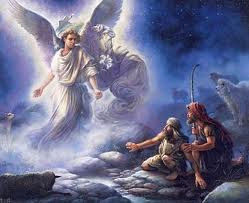 I'm thinking this Christmas about that passage in the Christian scriptures, in the beginning of the Gospel of Luke, where an angel appears to the shepherds tending their sheep in the fields. My text says the shepherds were "terror stricken" and the first words from the angel were "do not be afraid."

The angel goes on to say, "I have good news for you; there is great joy coming to the whole people." And when the single angel is joined by many more they sing praises of "peace" for all people. It's instructive that the shepherds have to get past their fear before they can hear the message of peace.

Gandhi continues, "Fearlessness does not mean arrogance or aggressiveness. That in itself is a sign of fear. Fearlessness presupposes calmness and peace of mind. For that, it is necessary to have a living faith in God." (Harijan: Nov. 3, 1946.)

So here we have it! You need to be a believer to reject fear! You need to believe in God (mind you, Gandhi was a Hindu, but a respecter of all the great religious traditions and their conceptions of a supreme being). So we're back to the key divide with respect to world views.

The war makers, the terrorists, the fear mongers, are all committed to the necessity of using physical force against the enemy. Their mantra is "be afraid." To believe you can talk to a terrorist, or educate him, or love him (for God's sake), is the height of human folly. They say angels don't appear to shepherds anymore and if there is a God, he is not impartial but takes sides. Peace is a fantasy. 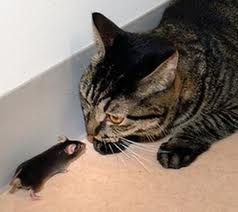 It's difficult to be faith full in a culture of fear. Still, it's a prelude to fearlessness and peace in our time. Hear the angels ... their song still echoes for those with ears to hear.

Email ThisBlogThis!Share to TwitterShare to FacebookShare to Pinterest
Labels: Gandhi