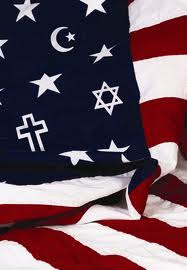 Hello out there, my name is Lindsey. I’m a student at South Dakota State University and I am currently taking an interesting course called Peace and Conflict Studies. As the name suggests, this class observes the different ways in which conflicts become resolved with an emphasis on nonviolent alternatives. We, the students, are to do a service learning project where we each volunteer with a non violent organization. This leads me to Carl Kline; if you are reading this blog you already know that Carl is a coordinator of nonviolent alternatives. I will be helping him spread the good word of awareness with LivingNonviolence.com by blogging of my experiences and recent understandings of alternative conflict resolutions

A real eye-opener to nonviolent resolution came to me while attending a panel discussion about tolerance. At a panel discussion called “Ground Zero…Common Ground?” the controversy of whether Muslims should build a Mosque and Islamic community center two blocks away from the terrorist attacks of 9/11 was discussed. The speakers were a sprinkling of both supporters and opponents of this project which is called Park51. Opponents say that it would be disrespectful to build a Mosque where the 9/11 victims had been attacked and that it is also an insult to the 9/11 victims' families.

Personally, America is the land of the free and citizens can worship wherever they please no matter what faith or race. I feel that even if the Mosque and community center goes up, legally Muslims have every right to be there. Protesting against the Mosque will just be religious discrimination, which doesn’t change the fact that it’s been built. However, I feel that it is obviously a sensitive subject to many Americans that have suffered loss in the tragic attack and building so close to the Ground Zero location is asking for these Americans to demonstrate religious tolerance. They, attendees of the Mosque, will probably be subject to relentless hate crimes by prejudiced people no matter what anyone tries to do to stop it. The conclusion I drew from this experience is that dogmatic Americans are wrong to deliberately and consistently generalize the destructive tactics of Osama Bin Laden and Al Qaeda with the Islamic people as a whole. 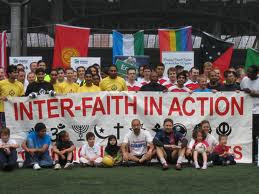 My first experience with Nonviolent Alternatives was an Inter Faith Dialog that was organized at the Brookings United Church of Christ. The Inter Faith Dialog discussion was an interaction between local Brookings people that have different religious traditions. It was the coming together of understandings amongst mainly local Christians and local Muslims.

Among other things, the main conversations were about accusations that all Muslims are terrorists and that the translation of the Koran is up to the translator. Although all people from all parts of the world should be aware of the attack that occurred in the United States on September 11, 2001, as well as the heartbreak it caused for the victims’ families, the www.directessays.com/essay_search/racial_profiling.html racial profiling and stereotyping of Islamic people, which is a result of this event, must stop. The attackers of 9/11 were in fact Muslims. However, it does not indicate that since those particular terrorists were Muslim that all Muslims are terrorists.

Al Qaeda and Osama Bin Laden are a group of religious radicals who have taken their own interpretation of their religion to an extreme. They are similar to any cult followings we have seen in America over the years. The members of Al Qaeda feel that they are the “true” Muslim believers and the nonmembers of Al Qaeda are not true Muslims.

A few contributors to the conversation were active members at the Islamic center in town. They claimed that Al Qaeda is a group of the misguided who have disrupted the spirit of Islam, troubled the Muslim norms, created chaos in the world, disturbed peace, and above all marginalized the words and messages of the Koran. It was also said that they strongly disagree with Al Qaeda and that the people of Islam did not know of their decision to cause terror until after the event.

The lesson that I took with me after attending the Inter Faith Dialog is it’s always a mistake to use the pious name of God for violence, wars, blood-shedding and massacring people for the sake of supremacy over others.