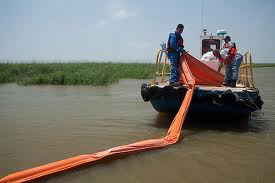 I’ve been reading, with interest and curiosity, the news and commentary about the microbial clean-up that seems to be happening relative to the oil plume in the Gulf of Mexico. While there is disagreement and controversy about the various studies and their results, they all seem to agree that there are, indeed, microbial organisms on the job, consuming oil beneath the surface of the waters. It seems these microscopic bacteria have actually been fulfilling this purpose for eons and have the ability to ramp up their own internal metabolic machinery to digest oil as efficiently as possible.[1]

Were it not for the disastrous seriousness of the spill and its, as yet undetermined, ongoing and long range effects on the environment and food supply in the Gulf, these stories might almost be whimsical - - that nearly invisible microscopic organisms could significantly contribute to the clean-up of one of the worst environmental disasters in this country’s history.

I felt hope surge a bit as I thought about this phenomenon in the light of trying to live nonviolently in a violence ridden world but in the same issue of the Globe, on the front page, there is an article about an Ultimate Fighting Championship being approved for an appearance at Boston’s TD Gardens – a new source of state revenues!

I am like Alice, having tumbled down the rabbit hole! In this strange reality microbes of the simplest order lend their energies to help clean up the ocean while human beings beat one another to a pulp to the roar of the crowd. 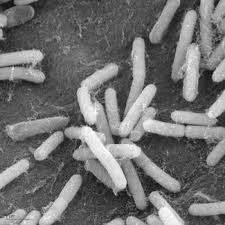 So where is the hope? Sometimes I feel like a microbe – attempting to live a nonviolent live in an ocean of violence. Still, the ancient function of those oil - consuming microbes inspires me. Oil seeps up through the ocean floor naturally. It has been so for thousands of years and these bacteria have been part of the clean up crew – adapting themselves to the work over the centuries. I think this is true as well of the strain of nonviolence that runs in the human species. Just as violence has been a significant part of the human condition since the beginning, so too has its counterpart, working quietly, most often without fanfare, and often invisible beneath the surface of life. Oil spills and Ultimate Fighting Championships are dramatic and shocking and loud and attention-grabbing. They throw me off balance –sometimes shattering my hope for the healing of the planet. And then a story appears on the inside pages of the Globe – microbes at work – and I rebound. The human ability to respond to life with understanding and forgiveness and compassion and reconciliation is alive and well – doing its microbial thing.