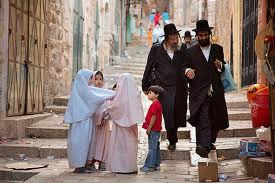 In the same issue of the Advocate in which political and religious leadership is criticized for their presence at the new Roxbury mosque, a letter to the editor describes an act of spitting in the face of an anti-Israel protester as Kiddush Hashem, “Sanctifying God’s Name.” The term used for martyrdom, Kiddush Hashem more importantly describes a way of life that brings honor to God’s Name in the context of day-to-day details and interactions. It describes a way of relationship with God and with people. Spit does not sanctify God’s name, however righteous the indignation that propels it. Words well spoken by the same mouth have far greater potential to touch a deeper place than the skin of another’s face.

There is ironic juxtaposition between the column criticizing the governor and a rabbi for reaching out to the Muslim community and the letter that would raise spitting in someone’s face to the level of Kiddush Hashem. Each is about a way of response to other people. Each represents an approach that closes off debate and expresses a refusal to engage in the face of deep difference. Engagement does not come through sarcasm and mockery any more than through spitting. At a certain point we have to encounter the other, the other who is us and the other who is our neighbor. 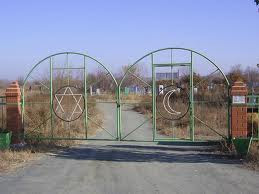 The controversy in the Jewish community concerning Jewish-Muslim dialogue, for which the new mosque has been a lightening rod, reflects a fundamental difference in worldview. That difference is expressed practically in whether to build relationships through which concerns can be respectfully aired while lives are enriched, or to seek safety in separation while building a public case against a perceived enemy. There is critical need for the Jewish and Muslim communities to engage with each other. The controversy in Boston is a microcosm of tensions in the world. The degree to which we engage locally affirms the possibility of global change, of hope or despair for our selves and our children.

Refusal to engage with the Muslim community by our communal organizations represents a deepening tragedy, of which we are reminded every time an opportunity for positive contact is missed. A recent case in point: the Center for Jewish-Christian-Muslim-Relations of Merrimack College convened an interfaith gathering at the mosque to announce the recipient of the “Goldziher Prize, named for Ignac Goldziher, a nineteenth century Hungarian Jew who pioneered Islamic studies in Europe. The recipient was Prof. Mark Cohen of Princeton, a rabbi and scholar, author of “Under Crescent and Cross.” A prize named for a nineteenth century Jewish academic, awarded to a contemporary Jewish academic, celebrated at an interfaith gathering chaired by a Christian and held at a mosque. The absence of official Jewish representation was as distressing as it was glaring.

Though sad and unfortunate, official dissociation from engagement with the Muslim community has not prevented the flowering of people to people relationships between Jews and Muslims. There has been ongoing dialogue between Jewish and Muslim young adults, such as that facilitated by Moishe/Kavod House. The Workmen’s Circle has nurtured a warm inter-communal relationship of learning and sharing, and a number of synagogues are participating in Jewish-Muslim dialogue groups. With others, I helped to create the program “Building Bridges through Learning,” which brings rabbis and imams and Muslim communal workers together to learn each other’s sacred texts. Through these programs and others, rich and rewarding relationships have formed. As trust increases, these relationships include the ability to talk about difficult issues and to ask hard questions. There are facts that come only through engagement, offering over time a lens of human experience through which to evaluate one-dimensional portrayals of the other.

During the height of the controversy surrounding the building of the mosque, a Muslim friend who was then outreach director for the Muslim American Society wrote of emerging efforts at dialogue, “There is a natural kinship between Jews and Muslims. 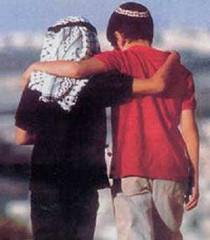 Sometimes I feel that family members are getting together after a loooong period of separation. We have so much catching up to do!" I do not believe for a moment that such words represent subterfuge, an effort to subvert through feigned friendship. They are not the words of extremism, or an expression of the exclusivist strain of Wahhabi Islam. They are words of reaching and invitation. As we extend our own hands in kind to our Muslim neighbors, even as we reach out to each other as Jews, so we sanctify God’s name and our own.