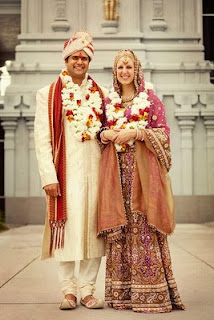 One of the most significant and striking activities I've experienced in Gandhian ashrams is the practice of morning prayer. As a respecter of all religious traditions, the Mahatma was inclusive. Morning prayer might begin with a Hindu chant, followed by a reading from the Koran. Then the gathering might sing Gandhi's favorite Christian hymn, "Lead Kindly Light," followed by a reading from the Hebrew Scriptures and a Buddhist prayer. The conclusion would likely be the repetition of OM and Shanti (sanskrit for peace). The order and content might vary, but the inclusiveness and intention would not.

I'm thinking about the relationship of religions as I experience the afterglow of an inter-religious marriage. Three weeks ago I had the distinct privilege of participating in a wedding where the couple had two ceremonies, both Hindu and Christian. As the celebrant for the Christian ceremony, I saw elements in the Hindu ceremony similar to those in the Christian ceremony, and other elements that were complements to it. There were some dynamics in the Hindu ceremony it would be wise for Christians to adopt. Speaking with a young person last evening about the wedding, she brightened as she talked about an intercultural marriage she witnessed. She believed it was a hopeful symbol for the future. I agree!

I'm thinking about how, just a few years ago, much of the society in the U.S. frowned on interracial marriage. Now, it's often hard to know a person's racial heritage by appearance. We're a truly wonderful cosmopolitan mix. And I'm hoping, if not in my children's lifetime, at least in the lives of my grandchildren, the same can be said about religion. Already, I'm discovering lots of Buddhist/Christians. It seems to me a natural alliance. Read Thich Nhat Hanh, Living Buddha, Living Christ.

As fundamentalist Christians, and Muslims, and Hindus, and Jews, and Buddhists, struggle to hold onto the past and retain an exclusive world view, others are practicing inclusion. Or tragically, abandoning the wisdom all the traditions have to offer.

Personally, I'll choose inclusion! And for those Christians who want to debate, let's begin. For me, Jesus is one of the most inclusive human beings in all of history. Only as the institutional church and the political imperialists have manipulated his person and ministry has he been turned into a religious bigot. I suppose some would even claim Jesus would condemn building mosques, not only in New York City, but anywhere else in this supposedly Christian country. They would return us to the most reprehensible and unchristian times of all, those of Holy War. People need to wake up and recognize the reality, as Diana Eck relates in A New Religious America, the U.S. is now the most religiously pluralistic nation in the world. 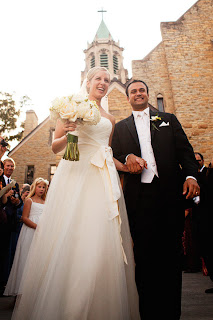 Gandhi said, “I believe in the absolute oneness of God and, therefore, also of humanity. What though we may have many bodies? We have but one soul. The rays of the sun are many through refraction. But they have the same source.”
There is wisdom here.

None violance, a topmost religion.
Thank You very much for this blogger.