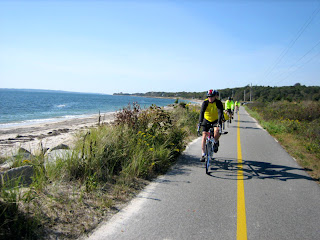 I stood at the entrance of the hotel waiting for their arrival. Two families visiting our fair island for an afternoon of biking. One family, fair-haired, sunburned – mom, dad and three sons. The second family, dark-haired, olive skinned – dad and two young daughters. Shock and grief glazed their eyes. The two young girls were just minutes from having witnessed their mom’s death in a violent bicycle accident. As a member of a team of hospice bereavement counselors, I had been called to be present during the nightmare.

For more than two hours a network of local police, state police, EMTs, hospice counselors, social workers, inn keepers and ferry captains worked together (in a kind of harmony that is occasionally elusive in our island community) to help get the families stabilized and to facilitate their return to the mainland. As the common wisdom has it, when someone is in trouble, the island community pulls together.

I finally allowed myself to cry as the small boat that normally carries only the daily newspapers to the island at 4 AM pulled away from the dock, headed for the mainland with its cargo of unspeakable grief. Twenty-four hours later I am pondering the open and broken- hearted love that islanders shared with these strangers we will never see again. Hard to get my mind around what happened in those tragic few hours.

As the universe would have it, there was a passage of commentary from the writings of Rav Kook waiting in my mailbox this morning –“Rebuilding The World With Love.” In it he spoke about sinat chinam - baseless hatred and ahavat chinam – baseless love: “If we were destroyed, and the world with us, due to baseless hatred, then we shall rebuild ourselves, and the world with us, with baseless love”. Rav Kook was writing in reflection on the reasons for the destruction of the Second Temple in Jerusalem, acknowledging that internal strife and conflict played a role in the Temple’s destruction.

He asked “why do we hate others?” and he also explored why we love others – and the latter question is what was on my mind this morning. How can a diverse, quirky, creative and often cantankerous and ill-tempered community love so unreservedly when the chips are down? I felt as though I had walked into another dimension where all things were softened and slow-moving, where nothing else mattered but the immediacy of the suffering set in motion by the accident. That dimension was filled with compassion, with the desire to offer comfort and support in the midst of suffering, with efficient problem solving in behalf of a traumatized family – a group of strangers about whom virtually nothing was known – except that they were suffering. There was no history between islanders and the devastated families and there would be no future relationship once they left the island to begin the work of grieving and piecing their lives back together in the midst of the appalling absence of their loved one. It was an experience of baseless love. Unfathomable to the logic of the mind in a world where an encounter with the strangeness of the other is often accompanied by resistance and fear and often hatred and violence, baseless hatred in response to something just because it is different.

Rav Kook’s wisdom flowed through my wondering - - made ultimate and comforting sense to me this morning as I continued both to grieve for yesterday’s strangers and to feel my own soul energy following them homeward: “Listen to me, my people! I speak to you from my soul, from within my innermost soul. I call out to you from the living connection by which I am bound to all of you, and by which you are bound to me….Each one of you, each individual soul from the aggregation of all of you, is a great spark from the torch of infinite light which enlightens my existence.” (Shemonah Kevatzim, vol.1 sec.163) Rav Kook was writing about the connection he feels with the Jewish people, but his words seemed to me to be a rather universal way into rebuilding the world with love - - baseless love - - instead of destroying it with baseless hatred. 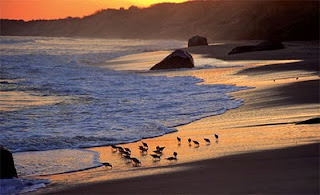 I sit a little more easily this afternoon with the river of love flowing out from me for total strangers - -for the other - - for the much commented upon summer tourists who invade our personal space every summer with their aggression and lack of sensitivity for our lives here. More lessons in cultivating a nonviolent way of life. And I can’t help but wonder if I could see every human being, every human interaction with Rav Kook’s eyes, would that not be a step in rebuilding the world with a baseless love – a love that rises up simply because it is in each human being to so love without defense or logic or fear - - simply because we are part of a great, interconnected aggregation of souls?

Somewhere in the Boston area, a family grieves today. They feel the waves of the shock of their loss in disbelief that their beloved mommy and wife is gone. But I feel as though, in that brief moment between our worlds, they felt loved by strangers. They entrusted their souls to our community, however unwittingly, in their shock, and they were lovingly cared for without reservation. We human beings can do this. We can rebuild the world. We have the capacity for a baseless love.