Raising Up Light Together 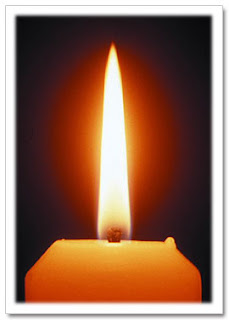 On a day filled with sunshine and of flowers swaying on a gentle breeze as though in prayer, I have felt light diminished and then given to rise. This week’s Torah portion, Parashat B’ha’alotcha, opens with the raising up of light, instructions given to Aaron regarding the manner in which the menorah in the sanctuary is to be kindled. Strikingly, the word l’hadlik/to kindle, as in l’hadlik ner shel Shabbat is not used. Rather the Torah says, b’ha’alotcha et hanerot/in your causing the lights to go up. There is an image of light shared, passed from one to another, each one as the shamash candle that lights the other candles, that causes light to go up in the Chanukkah menorah, light held to the wick of another, two flames rising as one, more brilliantly in that moment than either alone, and in their continuing to shine, neither light diminished for the sharing of its essence.

Light diminished and light raised up. Last Saturday, as we were enveloped in the light of Shabbos, Governor Patrick spoke at the new Mosque and Cultural Center in Roxbury to a gathering of over one thousand Muslims from across Massachusetts. The program was part of an effort to help Muslims engage in American civic life. Even as terrorism was condemned and pluralism espoused, State Treasurer and gubernatorial candidate Timothy Cahill issued a statement denouncing Governor Patrick for attending the program and accused him of “playing politics with terrorism.” With each word that Mr. Cahill cast, another candle in the menorah of understanding was blown out. The light of so many Muslim souls among us was diminished, through the pain of Muslim and terrorist becoming one in the understanding of a politician, manipulating fear, while smearing an entire community. Mr. Cahill said, “I am deeply concerned about keeping Massachusetts and our country safe,” referring to Gov. Patrick as “pandering to special interest groups with talk of ‘cultural awareness training’ for law enforcement and promises to urge employers to allow Muslims to leave work early on Fridays so that they can make it to Mosque for prayers.”

I was part of a group of interfaith clergy who met early on a recent morning at a Roxbury church with Timothy Cahill. It was a sad and distressing interaction, yet one whose context came to be embroidered with hope. Most distressing to me was the constituency of fear that Mr. Cahill seemed to be speaking for and to. Continuing to blame the governor and the media, he failed to see that it was not about either the governor or the media, but about his own framing of a concern for terrorism that everyone in the room shared. Whether speaking about Muslims or “illegal” immigrants, he failed to recognize the common humanity that joins us all and which needs to be acknowledged in the way that we address serious challenges we face together. While agreeing to meet with the Muslim community, he was not prepared to retract his statement. With several rabbis present, a clear Jewish thread gave its glow to the tapestry of light.

While the director of one major Jewish communal organization was present, seemingly more as an observer, she made it clear that she would not be at a subsequent press conference due to the sponsorship of the Muslim American Society. The lack of moral vision on the part of major local Jewish organizations in regard to building bridges with the Muslim community continues to grieve me. 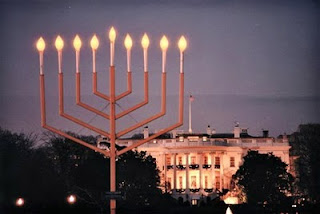 The press conference took place in the afternoon on the steps of the Roxbury Mosque. With a large media presence, there was a rainbow of clergy from across a broad interfaith spectrum. The sense of connection among those gathered was powerfully moving. There to support our Muslim neighbors, it was clear that all were there to support each other, and that each would be there at the other’s time of need. Stretching across the grand steps of the mosque, it seemed to me that we were all the candles of a beautiful menorah, each one raising up the light of another.