Nonviolence of Tone and Spirit 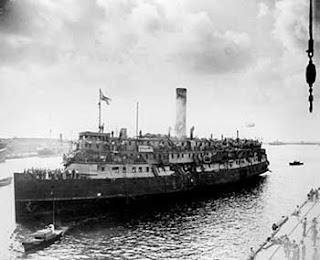 When I think of a naval blockade on the Mediterranean Sea, beyond recent images, a scene indelibly imprinted for me since I was ten years old comes to mind. It is the scene from the film “Exodus” and the Hagannah ship of that name, when a blue and white flag is defiantly unfurled above her rusted hull and wretched human cargo, as her crew valiantly tries to run the British blockade and reach the shores of Eretz Yisrael. It is an image that invariably brings tears, even as I write now, filling me with emotion as though I had been there. As Jews of every generation are to see themselves as part of the exodus from Egypt, so were all there on that ship. It is the story of our people. From out of our own story, we are meant to listen and to learn the way of compassionate response to the stories of others.

It has been a wrenching time. The images continue to distress, of soldiers descending onto the deck of a ship; the fear that must have filled all of those human beings, those on deck and those descending. And in the end, death, and rage, recriminations and bitterness, aloneness, stories unheard, impossible to be heard, and who knows for how long, all the inevitable legacy of violence. In one small realm of the events of this week, in the face of violence unleashed, I have found myself engaged in a deeply personal wrestling, experiencing inner torment and turmoil. From my own perspective, even as I respect and acknowledge different perspectives, the nature of the violence we have seen is clear to me. All of it expressed as self-defense, however disproportionate, whether of Israeli forces or of those on the ship, I think all violence is wrong. I am clear in my own mind that the violence of the occupation is wrong, and so too the violence of a blockade that imprisons Gazans in misery, the violence of their own leaders notwithstanding. Even as we continue to process details of the Gaza flotilla raid and response, I think that violence in the cause of resistance, or, with all of its bitter irony, in the service of peacemaking or humanitarian work, is wrong. For all of my own criticism, I have cringed when hearing gratuitous attacks on Israel, and even in hearing critiques similar to my own, but that come from a different place of heart than their source in my heart. In the end, it has been with questions of nonviolence and the nature of its practice that I have most wrestled this week. 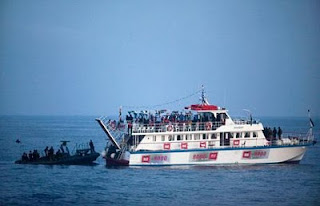 As the first news reports began to emerge, with urgent desire to respond, I signed on to a letter of a small group of rabbis committed to nonviolence. I feel a close bond and much respect for the other signers. The statement went out fairly quickly, a lesson in itself, and introspective wrestling began to fill the list serve by which we have communicated with each other. I have struggled with whether the tone of the letter was true to an essential principle of nonviolence, affirmation of the other’s humanness and striving through word and deed to appeal to the best in our opponent. In a painfully strange and dizzying way this week, as a Jew committed to Israel, I have found myself as “other” on both sides of the equation. So, too, in relation to the wider Jewish community of Boston and beyond. In the face of a lockstep, one-dimensional view of supporting Israel, I have felt as other among my own people.

In the context of wrestling with self and giving context to the events of this week and our responses to them, communication with two Israeli friends found their place among the touchstones of my thinking and feeling. One came from a long-time friend who came across an earlier letter I had signed in regard to the Goldstone Report. This letter, signed by many of the same small group of rabbis, found its way into the “Palestine Telegraph,” published in Gaza. Having come across it while doing some research, my friend was horrified. The other communication is with an Israeli pacifist who spoke at Nehar Shalom Community Synagogue last year with a Palestinian counterpart from Combatants for Peace. Having sent him the letter of this week, he took me to task precisely for the tone of the letter, which lay at the heart of my own inner struggle.

As with wrestling through the challenges that arise in all facets of life, this too finds a context in Torah. The Torah portion of the week in which the flotilla raid occurred was from Numbers 13-15. Moses has sent scouts out to explore the Land. All but two, Caleb and Joshua, come back in despair and say it will be impossible to enter the land because of the giants who live there. In Chassidic literature, exploring the land is taken metaphorically to mean exploring ourselves, scouting out and taking stock of our own inner landscape. So it has been a time of scouting out the land of self. In response to the report of the scouts, the people rise up against Moses and Aaron and demand a new leader to take them back to Egypt. Of Caleb, the Torah says, vayahas Calev et ha’am/and Caleb quieted the people. Later we are told of Caleb, there was a different spirit with him/ru’ach acheret imo. Caleb was able to quiet the people because of his different spirit. In his own wrestling to be in accord with his name, which can mean “as or of the heart,” Caleb had to step back both from his place among the scouts and from the people.

Sometimes the greatest challenge is in addressing differences with one’s colleagues. However much I struggle with the conquest of the land toward which Calev urged the people, I have thought much about him this week and of what it means to discover and then to act in the way of one’s heart.

Rabbi Victor H. Reinstein
Posted by Carl Kline at 8:00 AM