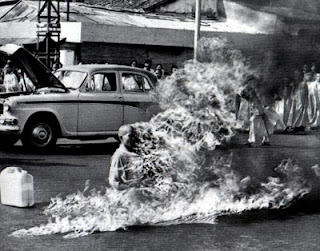 Years ago I found myself clinically depressed. It was in the midst of the Vietnam War. As an activist against the war, it seemed as if nothing we did had any effect. The war just wore on and on. The politicians talked. The Presidents promised. The military ground up more recruits.

We wrote. We protested. We marched. We were arrested. Some Buddhist monks, and one good friend, set themselves on fire. I got depressed.

I was aware I was in deep trouble when I was sitting at the dining room table preparing to wrap Christmas presents. I couldn't do it. Not only wasn't my heart in it, neither were my hands. To pick up a box and wrap it felt like trying to lift a truck and cover it with paper. It was hard to understand how I had managed to get out of bed.

I called a counselor I trusted. With his help, I discovered the war was the problem and my need was focus. When we struggle against these huge manifestations of institutional violence, it's important to act. But there's no future in feinting at windmills. What we need is focus and community. Even a modest attempt at change, with others, can have an impact. So I started withholding the telephone tax, instituted by Congress to help pay for the Vietnam war. It was only nickels and dimes every month, but with others all across the country, it added up to thousands and it introduced me and hundreds of others to tax resistance. Soon the IRS was garnishing our wages and trying all manner of intimidation tactics. Finally, somebody in government was paying attention!!

I'm remembering the depression today because of the oil gushing into the Gulf of Mexico. It seems so enormous and deadly. And once again, there's lots of talk and a profound sense of helplessness among common people (the "small" people in Tony Haywards lexicon).

I'm reminded we need to focus, act in community. Things we can and will do with others right here:

1. Continue our Stand for Peace ... BP is the largest supplier of fuel for the war in Afghanistan. So they mine the deep waters of the Gulf, killing the ecosystem, to help us kill Afghans a half world away. BP profits come from the American tax payer by way of the Defense Department.

2. Continue our support for the Farmers Market, local Food Coop, and CSAs ... a lot less oil used for food transport and a lot fresher food. 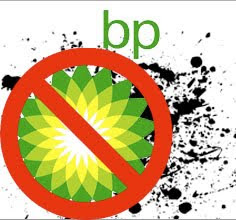