The End of Capitalism 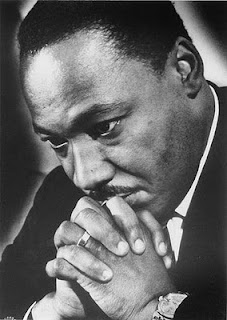 We can be grateful that there is a Papers Project, collecting all of the written materials from the life Of Martin Luther King Jr. There are some wonderful papers in the first volume the Project published, including several papers King wrote while attending Crozer Theological Seminary. One on Jeremiah seems especially prescient to me. King recognizes that the Hebrew prophets were not very popular. (Those who speak truth to power seldom are.) King concludes his remarks in The Significant Contributions of Jeremiah to Religious Thought with: "Religion, in a sense, through men like Jeremiah, provides for its own advancement, and carries within it the promise of progress and renewed power. But what is societies reaction to such men? It has reacted, and always will re-act, in the only way open to it. It destroys such men. Jeremiah died a martyr." 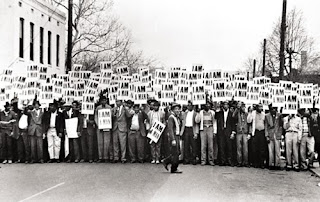 It's perhaps instructive that King was killed as he was supporting the strike of garbage collectors in Memphis, TN. And he was preparing with the rest of the Southern Christian Leadership Conference for the Poor Peoples Campaign, where hundreds and thousands of the poor across the country would come to the nation's capitol to camp, till there was some visible progress moving toward the Great Society. In other words, shortly before his assassination, King was helping to bring together three distinct but inter-related movements in American society that were pitted against what he called the three great evils. The civil rights movement was fighting racism. The peace movement was struggling against militarism and the Vietnam War. And the poor peoples campaign was taking aim at poverty and economic exploitation. It was probably the latter evil in the trinity that got King killed.

Now that this prophet has been given an appropriate pedestal and is no longer alive, some of his most important (and threatening) writings have been forgotten or buried. The Papers Project helps keep them alive. I was taken by some notes King wrote on American capitalism while at Crozer, probably in early 1951. "Karl Marx, the German philosopher and economist, stated that capitalism carries the seed of its own destruction. There is an obvious fallacy in that statement. The fallacy is that it is limited to capitalism leaving the impression that other social movements do not carry the seed of their own destruction. The actual fact is that every social institution carries the seed of its own destruction; its survival depends on the way the seed is nourished. Now after admitting there is a fallacy in Marx' statement, do we find any truth therein? It is my opinion that there is. I am convinced that capitalism has seen its best days in America, and not only in America, but in the entire world. It is a well known fact that no social institution can survive when it has outlived its usefulness. This, capitalism has done. It has failed to meet the needs of the masses." ... "Capitalism finds herself like a losing football team in the last quarter trying all types of tactics to survive." 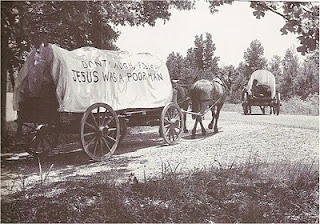 How can a society build a foundation on individualism and the profit motive, and at the same time expect people to care about the common good and the welfare of the neighbor? How can one discourage trust and encourage secrecy in business and economics, and then seek trust and openness in the rest of society? How can a societal value of more, more, more, and bigger, bigger, bigger, be sustainable?

Perhaps capitalism does carry within it the seeds of its own destruction. Perhaps King was prescient about this in his notes of 1951. Perhaps we are beginning to see the signs of the final score, in the final quarter, up close and personal, some sixty years later.

We're clearly sixty years behind King in other ways, as well.