Several years ago we took a group from the U.S. to India. Our purpose was to better understand Gandhi and to participate in nonviolence training. At the time, I thought of nonviolence as a method of social change. It was a technique that had proven useful in the Indian struggle for independence and in the movement for civil rights in the U.S. I had observed and experienced the way nonviolent methods had successfully brought change to the patterns of racial discrimination long fixed in our history. Now I wanted to learn more about how satyagraha had succeeded in beginning the dismantling of the British empire. 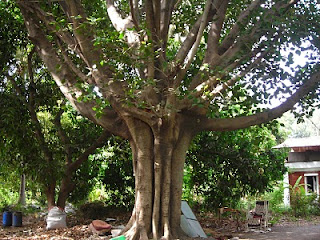 Although I had brought groups to India before, I was especially excited to learn that one of the Indian co-leaders this visit was Narayan Desai, son of Gandhi's personal secretary. Narayan had grown up in Gandhi's ashram. He had first hand experience with the father of Indian independence. He was a well known and respected activist in his own right. Our primary residence in India was to be his Institute for Total Revolution in the state of Gujarat.

So twenty of us from the West joined with an equal number of participants from around India, to live, work and study together. There were four of us in the leadership positions, two from India, including Narayan, and two of us from the states. We left most of the program to our Indian hosts, as they knew the environment and resources available to us. As the days grew into weeks, I was surprised that there wasn't more emphasis on aspects of what I considered "training" in nonviolence. I was used to a western style, where we worked with affinity groups, role played situations of conflict and modeled how we would react, discussed Gene Sharp's methods of nonviolence, etc. We did none of this. Instead, we filled our days with discussions, walks, food preparation, manual labor, spinning, field visits, and on one occasion, planting rice. 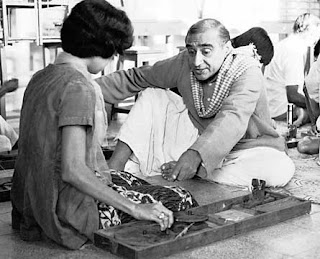 Rice planting was the most nonviolent, community building experience of my life. We were guided (in our bare feet) down the mud luscious field by a rope held by two guides. They walked on the raised berm that held the water in the paddy. The rope had a series of knots in it. Each of us walked by a knot, with the paddy plants in hand. When the rope stopped, we planted a rice seedling in that spot, continuing down the rows till the field was planted. There was rhythm and plenty of song for the experience. There was laughter and good humor, even when a crab would nip a toe.

When the three week program was concluded, the leadership sat in evaluation. I was still puzzled. Although the program had been exceptional in building community (planting rice was a prime example), I still thought we had missed the "training" in nonviolence. Narayan spoke first. He held up the way the group had cared for the sick. One participant in particular was ill for most of the program. Members of the group tended to his daily needs. Someone was constantly at his side, people rotating delivering food, and offering companionship. Narayan concluded this was nonviolence at its best.

Slowly it began to dawn on me. Gandhian nonviolence was not just a technique but a lifestyle. Satyagrahis were not simply social activists, they were servants. They cooked for others. They planted paddy for the community. They tended the sick. They were other centered, not just in their political life, but in their personal and social life as well. 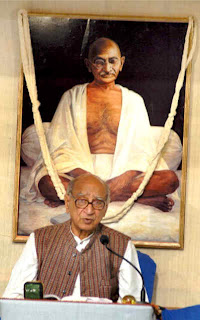 This learning has informed my conception of nonviolence. There is an interior dimension to nonviolence. It enables one to live a nonviolent life style. Without that interior dimension, technique disappears in disappointment and dehumanization. Training in nonviolence begins in cleaning toilets and dishes for the community, in walks and spinning, in planting paddy and preparing food, and in tending the sick. That's where we transform the lives of those around us, and our self.