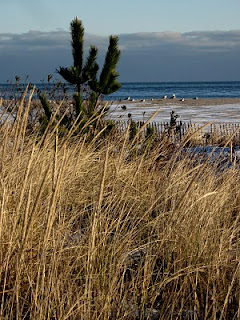 Saturate: to treat, furnish or charge with something to the point where no more can be absorbed, dissolved or retained; to infuse thoroughly or cause to be pervaded.

The morning is warm and sunny and the invitation to a walk on the beach is irresistible. I live far from the actual physical influence of “America” on this compact little island. Still, the disturbing news in the Boston Globe about a case of bullying that has resulted in the suicide of a young girl is on the lips of many here.

With sun glittering on the water and the sound of gulls circling, diving for crabs in the shallow surf, filling my ears, it is hard for me to reflect on the devastating ways that violence infuses its way into everyday life.

Last week, in a break with a longstanding resistance to viewing movies with violent themes, my husband and I watched “Inglourious Basterds”. The incredibly graphic violence played out in this “revenge fantasy” was more than either one of us could tolerate all in one sitting. We watched it chapter by chapter over a couple of days. The film was a saturation experience. We are still reflecting on the meaning of the movie and the popularity it enjoyed. Revenge of such enormous proportions, even as a fantasy, seems to have touched deep places in a lot of people.

I conversed with a few friends about the film and how disturbing it was to me. From one friend I heard that, while she considers her self to be a peaceful person, she thinks there may be a place for violence in the resolving of conflict. Another friend observed that a revenge fantasy like “Inglourious Basterds” may play a role in mitigating feelings of victim-hood. Still another reflected on the artistic representation of a mirror image of the Holocaust played out in the film.

I am left with the residue of saturation however, left with questions about where we are as a species in our ability to transcend what seems to be a culture saturated in violence in popular art, music, film, T.V., texting, and on and on. The bullying that resulted in the suicide of a promising teen-ager and the revenge violence in a popular movie are not all that far apart on the spectrum of violent behavior. In the midst of the saturation, it is easy to lose perspective and yet, today’s Globe moves the coverage of the tragic bullying off center page to make room for the headline photo of President Obama and President Dmitry Medvedev working toward nuclear arms reduction and control. The headlines remind me that while the deep streams of pain and hatred and revenge continue to flow through human experience, so do the streams of peacemaking make their way through human consciousness.

Eckhart Tolle, in Stillness Speaks, writes: The transformation of human consciousness is no longer a luxury, so to speak, available only to a few isolated individuals, but a necessity if humankind is not to destroy itself. At the present time, the dysfunction of the old consciousness and the arising of the new are both accelerating. Paradoxically, things are getting worse and better at the same time, although the worse is more apparent because it makes so much “noise.”

His words are worthy of a place on my refrigerator door to bring me back into focus when the “noisy” saturation rattles my inner balance, to be brought to mind when “tea parties” and racial and ethnic and gender-biased slurs and threats of violent reprisals fill the media. Hope feeds my desire for his words to be true.

Vicki Hanjian
Posted by Carl Kline at 10:21 AM