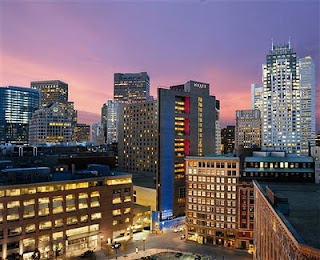 I had two experiences this week, whose connection with each other I have tried to understand beyond their proximity of time and place. I have felt troubled, wondering if there really is any connection beyond happenstance, reflecting on what joins and what divides people from each other, from self, from God. Of inner alienation, how do people do what is wrong while knowing what is right? Responding to hurt, I wondered about the imbibing of hateful stereotypes in relation to personal culpability if people really don’t know right from wrong. And in the midst of it all, what does God seek and expect of us?

The first experience: Last summer one hundred Hyatt Hotel workers in Boston were summarily fired from their jobs as housekeepers, after unwittingly training their lower paid replacements. Many of the workers had been faithful employees for more than twenty years. As part of a continuing interfaith effort to seek redress, I participated in a clergy delegation to meet with the general manager of the downtown Hyatt. We assembled first at a nearby union office, though unfortunately these workers were not unionized, and there met with some of the fired workers, the human face of injustice. They are all women, mostly immigrants for whom English is difficult, all struggling to make ends meet. They are the vulnerable among us -- the stranger, the orphan, and the widow of the Torah, with whom we are to deal justly and kindly.

Led by a representative of Cardinal O’Malley, we made our way to the pre-planned meeting. Seated around a table spread with food and drink that remained untouched, the priest began to speak following introductions, expressing our disappointment in the hotel’s refusal to reconsider the firings. The general manager seemed to be a decent person, conveying in his body language a degree of awkwardness and embarrassment, suggesting that in the quiet of his own heart he knew that an injustice had been done. I wondered if his words about bottom line and struggling economy sounded hollow even to himself, all of us knowing that the Hyatt chain had in fact done very well in the past year. When my turn came to speak, I felt an unexpected sense of compassion for the general manager. It was a moment in which the inherent truth of nonviolent dynamics was so clearly illuminated, the way of reaching out to an opponent in such a way as to highlight shared interest, humanity, and decency. Challenging him gently but firmly to redress the essential injustice of the firings, not simply to apologize for the way in which they were carried out, I underscored the nobility of acknowledging and righting a wrong, what we call t’shuva. Rather than urging the Jewish community to participate in a boycott of Hyatt hotels nationally, now to be more actively encouraged, I told him how pleased we would be instead to help restore what has been a very positive relationship in the past. The question for all of us, not only for the manager of the Hyatt hotel, is whether we are ready to do what is right when we are challenged with difficult choices, especially in difficult times.

A powerfully simple standard is offered in the Torah portion of the week of our visit through the words of Aaron (Leviticus, 10:19), who asks, would it be right in the eyes of God? The prophet Micah offers practical guidance, It has been told to you, O mortal, what is good and what God seeks of you, only to do justly, to love kindness, and to walk humbly with God. Another of the priests at our meeting had referred to these words. On our way down to the street, I shared with him how much the words mean to me, having chanted them at my Bar Mitzvah, urged by mother to add afterward to my own prayer, “and to walk humbly with people.” He too shared a connection through Micach’s words with his mother, having spoken them at her funeral. He then reflected that as an abstraction, we seem to do better with loving kindness than doing justly.

The second experience: Walking away from the hotel with one of the ministers in the group, a good friend, a rather scruffy looking young man approached us. Asking if we could each give him a dollar, my friend took out his wallet and gave him one dollar. I started to reach for my wallet and then remembered that I had only a ten and a twenty, which I felt was more than I could give in that moment. While later I realized that I might have asked my friend if he could give another dollar on my behalf, at the time I apologized to the man, saying I did not have a dollar. As he turned, he muttered, “Oh, you’re Jewish.” Stunned, it was one of those exchanges that happened so quickly I could not respond. I suddenly wanted to run after the man, who had disappeared into the lunchtime crowds, and ask him to take some time so that we could talk, that I would take him to lunch.

So much alienation, so much separation from what is good and what God wants of us. Jobs taken away from people without any sense of what is good in God’s eyes as a standard beyond the bottom line. Anti-Semitism and racism imbibed in the morally stagnant air of American general culture. I was left feeling sadness and compassion for this young man who seemed not to know right from wrong in his way of assessing people, even as I had felt for the hotel manager who seemed to know, but was unable to act in accord with his knowing. Two experiences of the past week that are one, when we are able to ask of our deeds, would it be right in the eyes of God, then we shall know that to walk humbly with God means only to do justly, to love kindness, and to walk humbly with people. 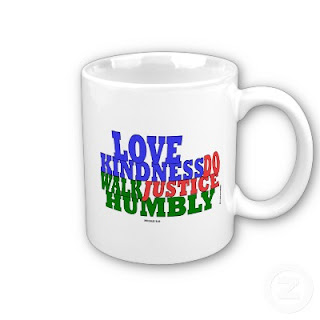 Rabbi Victor H. Reinstein
Posted by Carl Kline at 11:34 AM