"To Shake People Out of Their Indifference"

The days, the weeks rush by, fast turning into months. Haiti's devastating earthquake, once at the forefront of our minds, now lies at some distance. We who are safe stand removed from all that Caribbean rubble and confusion and torment—and from the ugly struggle for Haiti's soul, now ramping up (as it has so many times before). Contending in that struggle, on the one hand, are the people of that country and those who understand and love them best; on the other, great corporate and political players, once again plotting how best to profit from calamity. This contest is waged where it can't be recorded by cameras. Nothing new is happening, it seems, so Haiti quickly disappears from our TV screens and newspapers; from our consciousness. The American public moves on, leaving Haiti behind. History, now. Other, now. Again.

Yet, for some of us Haiti remains....

This morning, sitting at my desk here in South Dakota, I received an email from a friend in Ohio, encouraging me to watch a video just sent to her by a friend in New York—a medic who had volunteered in Haiti for two weeks, shortly after the earthquake struck. The 23-minute video documents the work of her group—NYC Medics Team 1. Founded in the wake of the 2005 earthquake in Pakistani Kashmir, NYC Medics rapidly deploys emergency health professionals in response to disasters worldwide. The nonprofit group has deployed five teams to Haiti since the January quake. 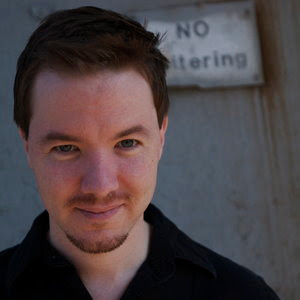 z (pictured left) is a founding member of NYC Medics. He is also a filmmaker. He shot and edited this "personal documentary" of the group's work in Haiti. In my view, it's a fine example of what award-winning photographer James Nachtwey (1948- ) calls "witness photography." Nachtwey has devoted most of his career to documenting wars, conflicts and critical social issues. As he says of his work on his website, "I have been a witness, and these pictures are my testimony. The events I have recorded should not be forgotten and must not be repeated."

Berkowitz concludes his "personal documentary" about his team's stint in Haiti with this quote from Nachtwey: "Everyone cannot be there, and that is why [we] go there ... to create pictures powerful enough to overcome the diluting effects of the mass media and shake people out of their indifference."

This film is 23 minutes long. Take what time you need to load it; then, to watch it. Don't rush. Be a witness. Allow another's pain to enter you without pushing it away. Allow hard questions to rise up without dismissing them. Allow your tears to grow hot without wiping them away. Allow a smile to spread without suppressing it. Yes, a smile—there is, indeed, a time for everything under heaven.

Note: If you're unable to see the viewer below, please click on this link to watch the film: NYC Medics Haiti Emergency Medical Relief.