Recognizing the Stranger as Our Own 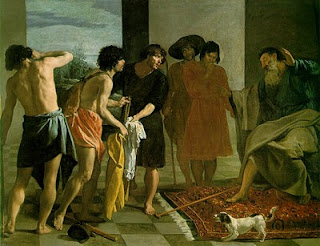 I once heard a parent say to a child following a playground altercation, “don’t get mad, get even.” I was horrified. Whether it comes from shame or fear, the words and the sentiment they carry are the fuel that drives a never-ending cycle of violence. It is the same attitude that among nations perpetuates the arms race and makes disarmament impossible. In the interpersonal realm, however sophisticated, it is the same attitude that simmers the bitter stew of anger and hurt that feeds gossip and backbiting, adult ways of getting even.

The challenge of interpersonal nonviolence is to sweeten the stew, if you will, to turn the anger and the hurt into feelings of loss and desire, loss of connection to the other and the desire to return. When we are able to feel a sense of accomplishment and quiet pride through the transformation of baser feelings, not ignored, but constructively channeled, we will have ended at least one cycle of violence in the world. In our response to the one who caused us hurt, we can create unexpected opportunity for reflection and return on the part of the other.

There is a fine line between recognizing the other as our own or as a stranger, one to whom we are drawn close or from whom we are alienated. In the Torah (Gen. chapter 42), in the Joseph story, a fascinating linguistic root reveals the fineness of the line. Thrown into a pit by his brothers and sold into slavery, Joseph’s trials find him imprisoned in Egypt. The master of dreams, he is called from prison to interpret the dreams of Pharaoh that portend the coming of famine. On the same day that he is released from prison, Joseph comes to be viceroy of all Egypt, appointed to oversee preparation for the famine. From all the surrounding lands, people stream to Egypt to buy food, and among them are Joseph’s brothers. Standing before the second most powerful man in Egypt, they do not recognize their brother, but he recognizes them. All the dramatic tension of that moment is contained in two Hebrew words formed of the same root, vayaki’reym vayitnaker/he recognized them, but he made himself a stranger to them. Two words of the same root, but of opposite meaning, “to recognize” and “to be a stranger,” a fine line between them.

How Joseph’s thoughts must have swirled in that moment, what to do, what to say? The Torah says that Joseph “spoke roughly” to his brothers. How reasonable to be filled with bitterness for all the suffering their cruelty brought him. This was Joseph’s chance to “get even,” to reveal himself in all his power. Some commentary suggests that Joseph’s first impulse was in fact to speak words of kindness, but a voice rising from inner tension and torment stopped him. Though not evident at first, there is kindness in the elaborate plan Joseph sets forth to test his brothers, to see if they have changed, offering them the opportunity to do t’shuva/repentant turning, that they might turn toward the wholeness they had never known.

Transforming what must have been his own deeply human feelings, Joseph allows for a greater transformation. In that moment of recognition and alienation, the nature of his own response would determine the way of his brothers’ response. The nineteenth century Chassidic master, Rabbi Levi Yizchok of Berditchev, offers a beautiful teaching, that by making himself strange in that first encounter Joseph allowed for fuller recognition later. Of his recognizing them, but making himself a stranger to them, Rebbe Levi Yitzchok teaches, he did not want to cause his brothers pain in the moment of their bowing down to him…; therefore Joseph made himself strange to his brothers in this moment so they would not feel their lowered state and see themselves as vanquished.

Eschewing the opportunity to “get even,” his power not withstanding, Joseph offers an alternative to perpetuating a cycle of violence between him and his brothers. Teaching the dynamics of interpersonal nonviolence, it is a model that all of us can follow. All of a common root, we come to recognize the other as sister and brother. 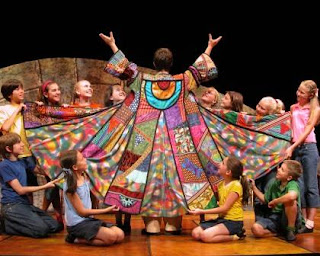 Rabbi Victor H. Reinstein
Posted by Carl Kline at 10:00 AM