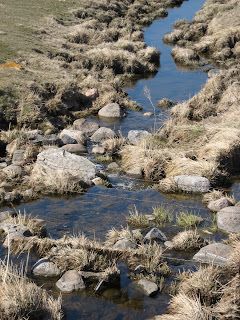 One time long ago, probably in the late 70's, I read a statement that good drinking water will someday be more valuable then gold. Yah, right, said I. Running out of water in dry years concerned me more then the water quality. I had my own well, out in the middle of green, peaceful farmland, good drainage; I was set.

Then I had my water tested. To make a long story short, along with a good amount of hard water minerals, the nitrate level was very high. When I related that to a doctor, he told me to buy my drinking water, by doing so I might save my life. I did so for 20 years, and now I have a reverse osmosis system.

Our lack of safe water all over the United States, as well as the world, is becoming critical. It is well on its way to be more valuable then gold. Let’s face it, we must be aware how bad the problem is now and work together to protect this invaluable resource.

The U.S. Environmental Protection Agency needs stricter laws, and to enforce the ones they have. They do not regulate many of the toxic chemicals. However, due to public outcry, the EPA is finally making faster progress. “For the first time, the agency is considering drinking-water standards for 13 pharmaceuticals, including antibiotics and sex hormones, and its surveying water treatment plants for 200 chemical and microbial contaminants. Also for the first time, the EPA is developing a "Chemicals of Concern" list that may lead to strong regulations for stuff like perfluorinated chemicals, including PFOA used in nonstick cookware and others in that group. Industrial wastes are finally under scrutiny, such as mercury and other emissions from cement plants, and millions of tons of coal ash, a toxic byproduct of burning coal for energy is leaching arsenic, lead and sulfates into groundwater, rivers and streams.” These are only several examples of industrial pollution.

Some other sources of toxic water: Coal mines, concentrated livestock facilities, agriculture chemicals, even our own bathrooms and kitchens.

Nasty’s found in drinking water include e-coli, parasites, bacteria, chemicals from industrial wastes, personal cleaning supplies, drugs/medications dumped in the sewer, lead, nitrites, feces/sewage, arsenic, mercury—the list goes on, but these should be enough to concern almost everyone.

You can start the process of finding out what is in your water. In the U.S. the law requires municipal water reports to be accessible to the citizens. Test the water that comes from your tap. Kits are available—one is called Water Safe kit to do your own test, or a water sample may be sent in to the State Public Health Laboratory—mail-in kits are available from your local extension office.

To protect your household, install a water filter for your drinking/cooking water. A basic water pitcher with filter or under the sink model will help, but for maximum protection, a whole house system should be considered. If you know you have dangerous chemicals in your water, use precautions such as showering (not bathing in the tub) and using a carbon filter on the showerhead. Don’t use a strong mister and very hot water from the showerhead as that forces water containing toxins into the skin.

The whole human community needs to clean up water sources. Until then, we have to start on our own homes. Also, ask your legislators to sign on to any bills that will support clean and safe water, and that will put teeth into the laws we already have. What will you pay for safe water? What will you have to pay if it’s gone?