Two things reminded me this week of the importance of places for play.

One event was the interview of Greg Mortenson on the Bill Moyers show. Greg is the author of Three Cups of Tea, the inspiring story of how one person can make a difference in violence torn areas of Central Asia. He does it by turning Stones into Schools, the title of his latest book. 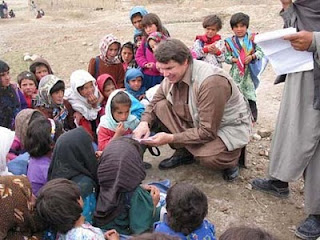 At one point in the interview, Moyers asked Greg to tell people about the "men in black." You knew something special was coming since Moyers had a smile on his face and a gleam in his eye. Mortenson then told the story of some village leaders from a particularly troubled region of southern Afghanistan, expressing interest in seeing one of the schools built by his organization, the Central Asia Institute www.ikat.org

Mortenson invited them to a school. He was apprehensive about the meeting, especially as they came dressed in black with their long beards and solemn faces. The first thing they saw was the playground, They started swinging on the swings. They got caught up in trying out the playground equipment and Greg had to eventually remind them they had some serious matters to discuss. The "men in black" agreed to have a school built in their village, but the first thing to be constructed had to be a playground. 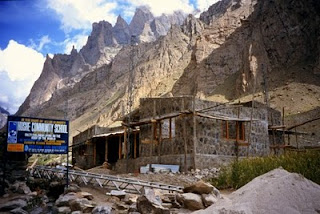 We were also reminded in the interview that the U.S. will spend one million dollars per year per soldier in Afghanistan. For one million dollars, Mortenson said they could construct thirty to forty schools. I wonder how many playgrounds? Anyone who has read Three Cups of Tea can see in the starkest terms, the simple alternative, far less costly, to bombs and bullets and military might in Afghanistan and Pakistan. We can promote peace with books not bombs, with playgrounds not drones.

The other thing that reminded me of playing took place at our local library. I was sharing a pot of Indian chai with friends when the owner reminded me it was Uttarayan, Kite Day, in India. It comes every January 14 and signals the end of winter. Once, in Ahmeddabad, I watched hundreds of kites flying from the rooftops of homes all over the city. It was a beautiful and awesome site. And even better, there was someone playing with the wind through a string in their hands. 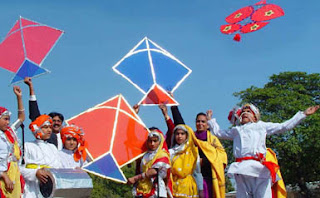 I was inspired. Returning home, we organized a kite day on campus. A soccer field became our playground. For several years we made kites (the best one I ever made was a simple affair, made with dowels and a garbage bag). One Easter morning, we celebrated spring and the promise of new life next to a near by lake, turning a hillside into a sunrise playground.

It's not a new idea, playgrounds for peace. And surely the children of the world (big and small) deserve better than they are getting; violence, trauma and despair. 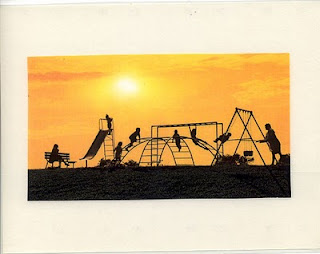