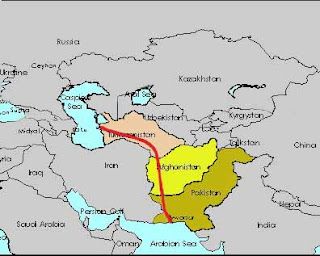 Walking into the kitchen the other day, I caught an interview with Donovan Campbell on NPR. He's an Iraq vet who served two tours of duty there and the author of the book Joker One. One of the situations he described took my breath away. He and his Marines were charged with cleaning out a housing complex, detaining possible insurgents. They were going about this process, in the middle of the night, busting into homes and waking frightened families. The detainees were taken to waiting trucks at the end of the road. Campbell said the families of the detainees began lining the side of the road, wailing their grief. Women and children were crying, pleading, even beating themselves in their fear and despair, believing they would never see their husbands and fathers again.

Campbell said he and his men were deeply disturbed by the scene. They wanted to tell the women and children they were not bad people, that they had families of their own. They wanted to say, this detention is precautionary, your husbands and fathers will probably be alright. But of course, they didn't know Arabic and couldn't communicate with the people and, ultimately, they had no idea what would happen to the men.

To make matters worse, as one of the trucks pulled away in the dark, it ran into a ditch and tipped over. Two Marines were injured as well as many of the detainees. The scene became one of chaos and hysteria as the medics tried to relieve the suffering and the wailing got worse. Campbell concluded his description with the reflection that they never knew what finally happened with those detainees; whether any of them lived or died or returned to their families.

In another situation, the same uncertainty plagued the soldiers. They had been providing cover for a school inspection, attracting the usual crowd of 20-30 children. They also attracted insurgent fire, which hit the children. The scene Donovan describes of child body parts all over the landscape is gruesome, as is the attempt to piece and patch them back together. Eventually, they have to leave this tragedy to an Iraqi ambulance crew and move on to fight another battle.

It's good that this book has been written. We need to break through the silence that too often glamorizes war. It also helps put us in touch with the demons many veterans endure, the roots of all those cases of post traumatic stress and suicide we're seeing.

But more than ever, it's made me conscious of how diligently we need to work for a fossil fuel free future. I'm reminded of this by a recent article in Truthout from Nick Mottern called "Killing and Dying in the New 'Great Game': A Letter to Members of the U.S. Military on Their Way to Afghanistan." Mottern reminds us of the strategic importance of Afghanistan for securing Caspian Sea area oil and natural gas resources. Even when the Taliban were in power, oil execs were trying to negotiate a pipeline across the country.

There may be other secondary reasons for our adventures in Iraq and Afghanistan, and the consequent suffering of both warriors and civilians. But fossil fuels and the powerful exploiters of them are certainly the primary reason. The quicker we're able to create sustainable alternatives, in a decentralized manner, the better.

Carl Kline
Posted by Carl Kline at 8:13 AM