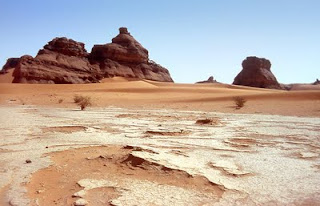 Returning from combat in the Vietnam war, a friend took some spiritual classics and made a pilgrimage to the desert. He stayed there in the wilderness, alone and in silence, till the demons inside had gone quiet. He spoke later about that time of solitude as transforming, likely life-saving. He was there for forty days and forty nights.

I'm of the opinion our demons are threatened by solitude, silence, wilderness. Perhaps it's that they prefer a world of distractions, where they can lose themselves in anxiety and busyness and things and routine. A world where surface realties hide the gnawing unease underneath, that threatens to eat out our essentials, till life unexpectedly caves in on itself. Or perhaps it's that demons don't like the natural world, where the sounds of rushing wind and stream replace the noise of automobiles and the flow of sun and stars tells a gentler time. I've seen someone (the only person I've ever known who I thought was truly possessed) flee a wilderness setting, a sacred site at that, because her demon was fearful of healing.

One winter I spent a week in rural New Hampshire. It happened during a period in my life when time had become a demon. Time owned me. There was no time I could call my own. So I went to live in a cabin on a lake a few miles off the asphalt. There was no clock, no phone, no electricity, no heat but the fireplace, no water except what I carried from the lake. There were no people. I didn't see a single soul for the whole week.

One afternoon, on a beautiful sunny winter day, with the earth covered in an untouched blanket of new snow, I sat in a tree at the edge of a meadow. After an hour, birds joined me in the branches. As the sun set over the hills, I realized the experience had been timeless. My demon had been quieted.

But time came back with a vengeance that night. I read by firelight in the evening till I became sleepy. I went to sleep at what I thought was the usual time and when I awoke it was still dark. I felt rested so I rose and read. What seemed like hours later there was still no light in the sky. I began to hallucinate, "what if the sun doesn't rise?" With each new chapter read, and no light in the dark outside, my anxiety increased. My demon laughed. Eventually, I wrote a poem, "What if the Sun Didn't Rise," calming and defeating my demon and watching the sunrise slowly break over the eastern sky.

For persons committed to nonviolence, being alone in the natural world can be an enormous source of strength for the struggle. And it can be a distinct threat to the demon violence that haunts so many. 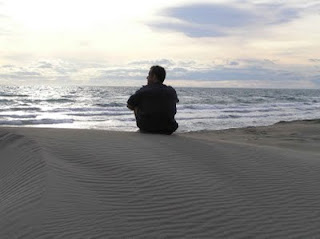