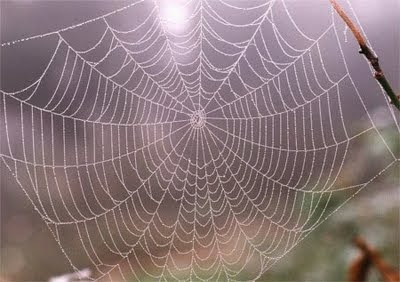 Some years ago, as a guest rabbi at a Jewish summer camp, I spent time on a Shabbat afternoon with a group of sixteen year old counselors-in-training. They were a crusty, cynical bunch who were not happy about spending what they thought should be free time with some rabbi. Acknowledging their sense of having been done wrong, I promised not to keep them too long. We talked a bit about being counselors and what they would do if faced with a group like them, about the importance of being positive and enthusiastic. I then reached into my pocket and took out a folding magnifying glass on a cord, placing it around my neck. My mother (of blessed memory), an awe-inspired person, almost always carried a magnifying glass around her neck, turning this simple optical instrument into what has come to be for me a ritual object.

Sitting in a circle under some trees on that Shabbat afternoon, I held up the magnifying glass. Their interest piqued, the kids couldn’t tell what it was until I opened it. I then reached into a bag and took out a bunch of magnifying glasses, sending them off in pairs to examine under the glass the little worlds that are all around us. As I walked among them, bent over flowers, down on all fours to look at a spider’s web, noses pressed into the trunk of a tree to examine its bark, over and over again I heard the purest of blessings, “wow!,” “cool!,” “look at that!”. Cynicism had been transformed into amazement.

A sense of awe allows us to feel a sense of place and belonging in the universe, that we are a part of the intricate web of Creation. In our very ability to feel amazement we come to know that our own unique being is at the same time an integral part of something greater than ourselves. Self-knowledge and knowledge of the world begin in the same knowing, in the same seeing. A modern Chassidic teacher, the Slonimer Rebbe, known by the title of his major work, “Paths of Peace,” points out that in Hebrew the letters of yirah/awe are the letters of r’iyah/seeing.

The Torah portion called Re’eh/See begins with the words See! I am setting before you today blessing and curse (Deut. 11:26). The present tense is meant to teach us that every day we can choose to live the way of blessing or of curse, to walk a path of good or ill in the world. Another Chassidic teacher, this one of the nineteenth century, known as the Gerer Rebbe, draws a parallel between the renewal of Creation each day and our own choosing to do good in the world: Every day the Holy One renews the work of Creation and gives to us a new opportunity to choose. Awe and moral behavior are intertwined. Experiencing awe before the beauty of Creation, how can we cause harm to any facet of Creation? So the urgency in the word, Re’eh/See! In God’s renewal of Creation each day is a plea, See My world and don’t destroy!

Shabbat is called a remembrance of Creation, a day to pause and look at the world around us, to truly see, and in the process to transform cynicism into amazement that does not allow for destruction. 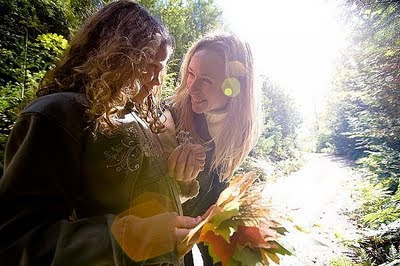