In a secular society, the word "vow" seems rather quaint and old fashioned. It dredges up a picture of Lords and Ladies and Knights and swearing fealty to Royalty. Perhaps the only time one hears it these days is in the context of a religious marriage ceremony. Those who construct pre-nuptial agreements and wedding contracts are not likely to see themselves making a commitment in the presence of God. And without an invitation to the proceedings for divinity, to choose the word "vow" would be an empty gesture.

It's instructive that Gandhi chose the word "vow" to describe the commitments people were to make as part of his ashram community. These were solemn pledges made in a religious context.

"This is the maxim of life which I have accepted, namely, that no work done by any man, no matter how great he is, will really prosper unless he has religious backing. But what is religion?…. I for one would answer; not the religion which you will get after reading all the scriptures of the world; it is not really a grasp by the brain, but it is a heart grasp. It is a thing which is not alien to us but it is a thing which has to be evolved out of us. It is always within us; with some consciously so; with the other quite unconsciously. But it is [always] there; and whether we wake up this religious instinct in us through outside assistance or by inward growth, no matter how it is done, it has got to be done if we want to do any thing in the right manner and anything that is going to persist."

"Our scriptures have laid down certain rules as maxims of life and as axioms which we have to take for granted as self-demonstrated truths… believing in these implicitly for all these long years and having actually endeavoured to reduce to practice these injunctions…, I have deemed it necessary to seek the association of those who think with me in founding this institution… the rules that have been drawn up and that have to be observed by every one who seeks to be a member of that Ashram [are as follows]: 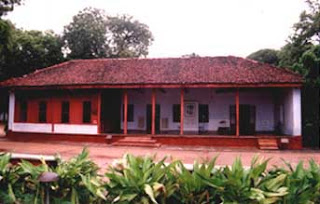 Peace communities in our time have tried to reclaim the use of vows. Like in Gandhi's ashram, they are often drawn from an understanding of the moral requirements of religious traditions. So, Pax Christi invites members and friends to sign the following pledge and endeavor to live according to the vows for one year, and then, perhaps take a longer commitment.

"RECOGNIZING THE VIOLENCE IN MY OWN HEART, yet trusting in the goodness and mercy of God, I vow for one year to practice the nonviolence of Jesus who taught us in the Sermon on the Mount:

Blessed are the peacemakers, for they shall be called the sons and daughters of God...You have learned how it was said, "You must love your neighbor and hate your enemy"; but I say to you, "Love your enemies, and pray for those who persecute you. In this way, you will be daughters and sons of your Creator in heaven."

Before God the Creator and the Sanctifying Spirit, I vow to carry out in my life the love and example of Jesus
by striving for peace within myself and seeking to be a peacemaker in my daily life;
by accepting suffering rather than inflicting it;
by refusing to retaliate in the face of provocation and violence;
by persevering in nonviolence of tongue and heart;
by living conscientiously and simply so that I do not deprive others of the means to live;
by actively resisting evil and working nonviolently to abolish war and the causes of war from my own heart and from the face of the earth.
God, I trust in Your sustaining love and believe that just as You gave me the grace and desire to offer this, so You will also bestow abundant grace to fulfill it."

Vows! Were we to challenge ourselves with vows, alone or in community, our hopes and desires for a nonviolent future might truly bloom and prosper. 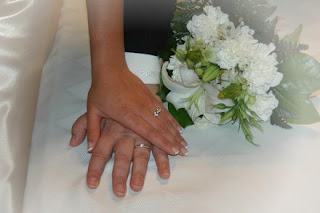