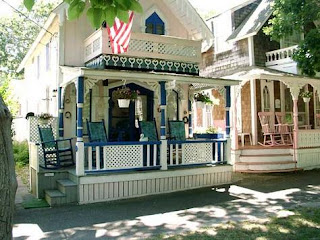 We parked at the “Park and Ride” at the edge of town and met our kids and grandkids at the Dairy Queen for small chocolate cones with chocolate sprinkles before heading into the center of town to find the ideal spot from which to view the parade. It wasn’t long before we heard the drums and brass that signaled the approach of the first band, followed by a dozen or so classic cars occupied by town officials and selectmen from the various island communities.

Kids in colorful costumes, a float urging viewers to “Know Your Farms –Know Your Food”, another urging us to “Save The Whales.” A fife and drum group, the local Cub Scouts – the prize-winning Camp Jabberwocky float created by campers with disabilities. All followed by a cook-out on the lawn next to the Methodist Church. Small town America at its best.

I was surprised by the rather low-key glorification of the military – so unlike that which usually accompanies the local parade. My sense of pleasant surprise was short lived, however, as two representatives of the local police force marched by sporting a pair of automatic assault weapons the likes of which we have never seen in our small island communities. I listened as the tone of the crowd down-shifted momentarily from noisy, red, white, and blue holiday effervescence to a somewhat more subdued chatter as these two weapons passed in front of us.

I found myself wondering about what or whose purpose these weapons serve. Are they intended to make me feel more secure? Do they send a message about the strength of our law enforcement personnel? Are they telling me that the crime rate on our island is a lot worse than I thought? I try to keep darker thoughts out of my mind –thoughts about how the violence of our fascination with ever more powerful weapons seeps into even the most innocent of celebrations.

I am left with questions on this beautiful post-parade day in July, feeling as though in some way our lovely island, attractive to so many as a vacation respite from the challenges of life on the mainland, has fallen prey to the violent paranoia that stalks the land in such insidious ways. I am thankful that my grandchildren are still far more engaged with chasing after the handfuls of Tootsie Rolls and Peppermint Patties that are thrown from the colorful floats than they are with the ugliness of the weapons that pass by within a few feet of them. I feel a letter to the editor coming on!