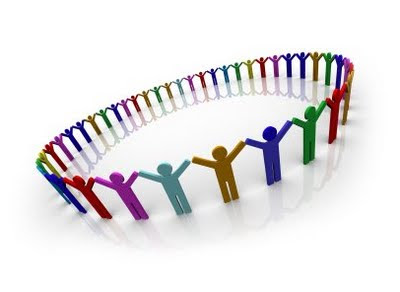 A recent article by Teka Childress in the "Round Table," a journal of Catholic Worker life and thought in St. Louis, reminded me of the significance of consensus decision making to living nonviolence. In her article, Teka reflects on consensus in a theological and psychological context. There is a recognition of the dangers of power and dominance in the hands of a few and the benefits of shared responsibility and discernment. For Catholic Workers, the primary values are personalism and decentralization, and consensus decision making best integrates those values.

In consensus decision making, a group discusses an issue till agreement is reached. Every individual must approve. If there are serious differences, the conversation continues till all are supportive. There are no votes. There are no "winners" and "losers." There is ample give and take in a search for a truthful resolution, trying to avoid the usual power struggles between competing interests. One individual can block a decision by the group, if it is against a fundamental value one holds.

One of my early objections to consensus process was that it took too much time. Sometimes, that's true. On the other hand, when you finally make a decision, everyone is on board. There are no holdouts who won't abide by the decision; no one undercutting the decision whenever they are able. You have a concerted effort and commitment by the whole group to do what they decided. This can save enormous amounts of time and energy in the longer term.

Another objection one often hears is that the process only works for small groups. I once held this view. But then I attended an international gathering of Peace Brigades International. PBI is committed to consensus decision making. As an international organization, it then had three official languages with groups in more than a dozen countries. There were divisive issues on the agenda that promised very different future paths for the organization. I wondered how sixty delegates from such diverse backgrounds could possibly come to agreement. It happened! With smaller gatherings of the most polarized members, together with mediating individuals, the resolutions gradually emerged. It was hard work, but in the end, decisions were adopted by acclimation of the entire group. PBI was much stronger for it.

When we think about nonviolent leadership in the past, we tend to think of charismatic figures like Gandhi and Martin Luther King. But one of the drawbacks with such leaders is they are so easily assassinated. And then, what kind of leadership structure remains? It's easy to kill a movement by killing the leadership! But if leadership is decentralized, and everyone is part of the decision making structure, the vision and energy for struggle can remain.

Shared leadership is a mark of living nonviolence. Everyone has a voice and a contribution!