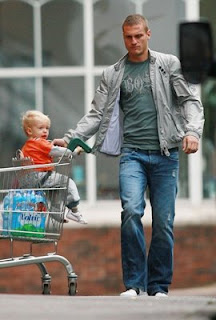 I’ve been thinking a lot about shaming, that behavior that comes so easily to human beings as a defense or as a way of exerting power over someone else – especially over children. It has been on my mind for several days after observing a young dad’s response to his even younger son in the supermarket. The child had been eating from a box of Captain Crunch when the box slipped from his hands and spilled out into the grocery cart and, subsequently, all over the floor in the crowded aisle of chips and dips and twenty kinds of soda. “How can you be so careless?!? I can’t believe you did that!!! Who’s going to clean up that mess?” With each loud, angry exclamation, the little guy seemed to shrink even smaller on his perch in the seat in the grocery cart. Shaming has that effect.

I often awaken with the words “Elohay neshama shenatata bi tehorah hi” rippling through my mind. The Hebrew phrase comes from the morning prayer that says “My God, the soul you gave to me is pure. You have created it, you shaped it, and you breathed it into me, and you preserve it deep inside of me. And someday you will take it from me restoring it to everlasting life.” It is a reminder to me about the precious energy I refer to as “my soul.” It is an even more challenging reminder to me about the precious soul energy of other people.

In Jewish tradition, shaming another person is the moral equivalent of murder. Shaming has the effect of killing something divinely precious in the other person.

As I watched the young father, it was clear that he was embarrassed and frustrated by the spilling of the Captain’s sugary crispness all through the groceries and out on to the floor where other people either swerved to avoid it or ended up crunching through it. In his youthful parenthood, he was unskilled at knowing how to deal with the situation. Shaming words slip out so easily in that moment of embarrassment and an even younger soul is wounded.

Shaming is an act of violence against the soul. The questions that rumble within me now are “How could I have related to that young father without shaming him in the process? Could I have engaged my own soul energy to soften the effect of his words on his son?”

The beautiful words of the prayer waken me with a lot to think about as I enter the day. Perhaps, at least for today, I can commit to “seeing” the precious soul of the other and refrain from language that would kill.