Sabbath of the Land - Happiness & Prosperity for All

On his ashram, Gandhi insisted that everyone participate in the range of tasks necessary for daily life. It was a way to insure that no task be regarded as menial, and to break down the barriers of caste by causing people to rub shoulders while laboring as equals. While Americans are not divided according to a hereditary caste system, we are divided by numerous factors, such as racial, social, economic, gender, ethnic and religious distinctions that create a class society of gross inequity. The impact of the current economic crisis is felt across class lines, but those who are starting with less carry the greatest burden. Whatever the difference in degree, if we can recognize the collective impact of economic moral failure, then perhaps as a nation we can also recognize the need for change.

The Torah offers a fascinating model of a cyclical social and economic corrective that is meant to inculcate humility. In the portion called B’har (Leviticus 25), the Torah lays out the cycles of Sh’mita/Sabbatical years and the Yovel/Jubilee. Every seventh year the land is to rest: Six years you shall sow your field and six years you shall prune your vineyard and gather in its produce, but in the seventh year there shall be a Sabbath observed by cessation from work for the land…. In the Sabbatical year nothing is to be planted or harvested. The fields are open to all to come and glean from what grows of itself, not to take away as though a harvest, but to eat as needed right there in the field, the poor, the stranger, and landowner alike. 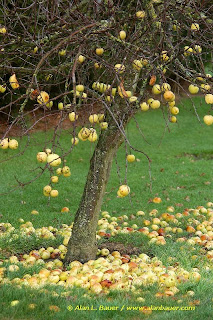 Slaves are to be freed and debts cancelled. The Jubilee is the fiftieth year, following a cycle of seven sabbatical years, inaugurated with the sounding of the shofar/ram’s horn at the close of that Yom Kippur/Day of Atonement. A sabbatical year itself, but even more, in the Jubilee all property returns to its original residents, those who have been forced to sell due to hard times are now able to return to the place of their beginning. The land itself cannot be bought and sold, but only the right to farm the land, the cost dependent on the number of harvests until the next Jubilee. Stripping away the status of ownership, a powerful underscoring of equality, God says: And the land shall not be sold in perpetuity, for the land is Mine/ki li ha’aretz; for you are only strangers and tenants with Me.

Ultimately, not only about the land, but about the way people treat each other upon the land, we are told in the context of these laws of the land’s Sabbath: And you shall not grieve one another…. Concerning the impact of individual behavior on society, Rabbi Samson Raphael Hirsch offers beautiful commentary in the context of the Sabbatical year and the Jubilee: God is present not only in the Temple but also in the midst of all business and commerce transacted by the members of the nation. God will support and bless these transactions only if they bring happiness and prosperity to all; if no one “grieves” the other.

Writing in nineteenth-century Germany, Hirsch’s words speak with powerful resonance and warning to our time. An economy that does not bring “happiness and prosperity to all,” evaporating lines of caste and class before God, will undermine the wellbeing of the nation. However different the social and economic realities of our time from that of the Torah, in its promulgation of the Sabbatical year and the Jubilee year, the Torah offers the underlying values of the “Sabbath of the land” as a timeless vision and way of transformation.

Rabbi Victor Reinstein
Posted by Carl Kline at 11:32 AM