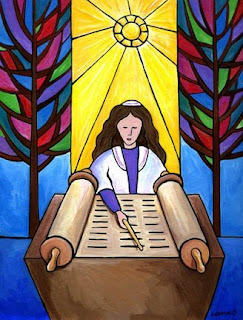 The Five Books of Moses contained in the Torah, the first part of the Hebrew Bible, are divided into weekly portions to be read in the synagogue. The chapters that form the liturgical portion called Tazria, Leviticus 12 and 13, are arguably among the most dreaded by Bar and Bat Mitzvah students. Tazria begins with a brief introduction concerning the offerings attendant on childbirth, replete with reference to conception and to blood. The rest concerns leprosy and other afflictions of skin and body. I have witnessed the horror of more than a few young people upon realizing this to be their Torah portion. I have used such opportunity to share what I have come to see as a nonviolent reading of text as training for a nonviolent reading and living of life. The Torah, the word means “teaching,” is a teaching of life, at times ennobling and at times painfully challenging, and so we approach it, whatever the content of a particular portion. Like the beauty of a bright summer’s day, it is easy to find delight and meaning in the story of Creation, for instance. The more difficult portions, opaque at first, require a more diligent search for meaning. As in life so in Torah, beauty and meaning are not always apparent.

This is true in our encounters with people. There are those whom it is very easy to embrace, to appreciate, to love. And there are those who by manner or appearance may repel or simply make us uncomfortable. How to get close, how to see the image of God? Searching the text for meaning is a metaphor for searching the face and soul of a human being. Of all the unlikely chapters in the Torah, these in Leviticus offer powerful teaching on human dignity and compassion. In the end, it is precisely in these portions that describe people who are disfigured with disease, in whom it is more difficult to see the image of God, that we are reminded of the holiness that infuses the afflicted as human beings.

The humanity of every person is affirmed in the very first word of the chapters on leprosy. The leper is referred to as adam/human being. The word does not mean “man,” as most often mistranslated. The first human, referred to as both male and female by the rabbis, is called adam, one who is of adamah, the earth. Of all the words that could be used to refer to a person, a modern Chassidic commentary known as the “Netivot Shalom/Paths of Peace,” points out that adam refers to the highest spiritual level; as it is written, “for in God’s image did God create the adam/the human.”

Far from affirming her or his humanity, the leper has been treated most often as pariah, a status transferred with equal fear and loathing to others who are vulnerable or who don’t conform to regnant social norms; those with AIDS, the disfigured, the socially awkward, lesbians and gays, the transgendered and others whose sexuality is not readily identified. Those who would justify and rationalize such cruelty in God’s name appear animated by the spirit of a tragically misread and misunderstood verse at the end of this portion of Tazria, Leviticus 13:45, whose proper reading, a nonviolent reading, teaches a very different way of response. The Hebrew words of the verse, v’tamei tamei yikrah, are generally translated as, and s/he shall call out: “Unclean! Unclean!” The leper appears to be required to call out for the sake of protecting others. Tamei does not mean unclean, however, a word of stigma, but is a technical term that refers simply to a state of ritual impurity that can affect anyone. It is also a noun referring to the person, not a word describing the person. Most significantly, in the traditional text a vertical line appears between the two words. Called a p’sik, the line is one of the trope signs by which the Torah is properly read and chanted, indicating a pause between the two words, like a rest in music. Grammatically, the phrase should be read, v’tamei | tamei yikrah/and the one who is tamei | the one who is tamei shall cry out. Read this way, the rabbis of the Talmud saw a call for compassion, explaining the intent of the phrase as teaching that one needs to make known their pain to others so that others can seek compassion upon the one who cries out. A beautiful 19th century commentary, the Torah T’mimah, says that the one who is suffering should cry out at night, when in the stillness others will hear, even as God hears, and will cry with the sufferer, shedding tears of prayerful sympathy. 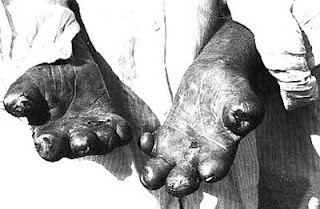 A careful reading of difficult texts means to ask the right questions of God and of self. Compassionate One, is this what You really want? Is my response to text, as it leads me to respond to people, consistent with what I know God to be and want of me? Wrestling with God and with ourselves, we allow to emerge a stream of nonviolent teaching that flows just beneath the surface.

We do violence to holy texts when our reading of them causes hurt to others. A nonviolent reading of difficult texts leads us to look more deeply, until we encounter the underlying meaning that fulfills God’s ultimate purpose and hope. Holy texts provide context in which to wrestle with the hard issues of life. So it is that I hope my students will rise to the challenge of a difficult portion, learning as they become Bar or Bat Mitzvah to affirm the humanity of every person, each one created in the image of God.