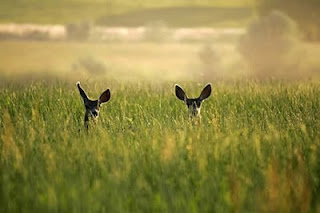 April 22nd was Earth day. It was the leading subject all through the news media. Ecological integrity and responsibility was discussed in churches across the country. Schools shared information as the new generation is faced with having to care for an Earth that has been overused in many many ways. Earth day/week is an especially poignant time for me as it reminds me of the walks I used to have with my father whom I have not seen for over 17 years (another story for another day) and it reminds me of how much he taught me about the relationship between humanity and nature.

We lived way up in the mountains of Colorado in a small house with a river running by. I played by the river often with my dolls, creating worlds of beauty that only I shared. I loved that river and I loved the large flat rocks that hung over parts of the river that I used as the foundation of my dollhouse. Dad and I would take walks most often during the Springtime when the snow had melted and new life was blooming all around. One of our favorite walks was in this large meadow at the base of some mountains. We would walk side by side while he talked about the things we saw, and at times, I would question him. Sometimes these talks went many different directions and as I think back, I wish that I would have written down the things we talked about…who knows what wisdom was there that I do not remember some 30 years later.

One day in particular, I do remember the wisdom shared. We were walking side by side when my dad saw a couple of deer. Dad softly reached out and touched my arm, because he saw them way before I did. I knew to stop talking as I looked and he pointed. We stopped walking. The deer looked up directly at us. Dad motioned for me to remain silent and the four of us, myself, my dad, and the two deer, remained in blessed silence for quite some time. As the deer became comfortable with our presence, they continued to eat ever graceful and beautiful.

I learned a lot about being peaceful that day. How important it is at times to remain still. It has become harder in life to find that stillness as news media shares the effects of our lack of concern for the creation; as materialism continues to encourage us to pull more and more from the earth without replacing what she needs back; as technology seems to be our greatest teacher rather than two deer in a beautiful meadow at the base of some mountains in Colorado.

Maybe, though, we have finally reached a point where we will begin taking more walks with our children.