Knockout or Crowd Out 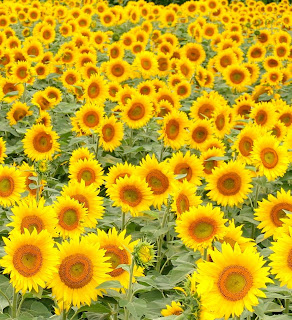 When Martin Luther King Jr. was in a seminary class on Christian theology in 1950, he was assigned a series of outlines on Beliefs that Matter, a collection of essays by a prominent Protestant theologian, William Adams Brown. One of those essays was called How a Christian Overcomes Evil. You can find King's outline in the first volume of his collected papers. It's an important document because it proclaims an approach to evil that was instrumental in King's approach to life and one that he integrated into his vision of nonviolent transformation. The three steps to overcoming evil in the essay could be a formula for nonviolent activists of our time.

The first step to overcoming evil is to discover what is worst in us. This is hardly the normal Western approach. Our first impulse is to blast the evil that's out there. Our habit is projecting our problems on others. So this first step can be transforming. Self examination comes first. Then we need to admit this fault within us is, indeed, an evil. We have to name it before we can remove it.

The second step in overcoming evil is to engage in combat with this personal evil by a daily weighing of the struggle and a willingness to recognize the help and grace of a higher power. One works to turn the fault into its opposite virtue.

Walter Wink, in his little book Jesus and Nonviolence, tells the story of the small child who was always being bullied on the school bus because of his stature. He had chronic sinusitis. Tired of the bullying one day, he blew his nose in his hand and offered it to the bully, saying, "I've always wanted to shake hands with a bully." Since his weapon was always loaded, the bully left him alone. He turned his problem into his strength.

The third step to overcoming evil is concentrating not on the eradication of evil but on the cultivation of virtue. Don't knock out, crowd out. King writes, "Evil is never to be attacked directly, but indirectly. Evil is not driven out, but crowded out."

This reminds me of my high school speech teacher, how he probably saved my life. High school was a time when my friends and I were rather nihilistic and self destructive. It might mean driving a hundred miles an hour after a night of partying, or decorating the school grounds on opening day with highway signs, especially stop signs, collected from all over the county. Teachers and preachers and parents tried to knock this rebellious evil spirit out of me, to no avail. But my speech teacher saw a gift I could cultivate, that he nurtured and fed through two semesters, till it flowered in a national oratory championship; and while some of my friends were dying on the highway, the negative behaviors were crowded out of my life.

King believed that evil could never be driven out by force but had to be crowded out by love. It's why he could encourage his followers to love their enemies. If we want to know the force we need to integrate, should we wish to be the change we seek, we might take King at his word about the agent of change. "It is not a hatred of evil, but a love of God which crowds out evil,
for hate is useless unless we love something else more."