The ABC's of Food Buying 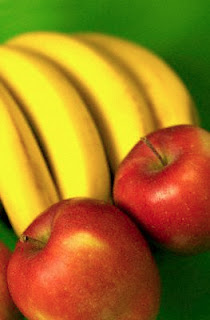 It was over the chocolate chips this time. Sometimes it’s the bananas (organic and Fair Trade*, or just organic, or no bananas at all since they are never available locally); the beer (locally brewed but not very tasty, brought from within 300 miles, brought from either coast, or imported; or no beer at all in solidarity with those who are unable to moderate their alcohol intake, as Gandhi advocated); or the apples (local and not organic but available only in the late summer and fall; organic and from the west coast, available except in winter; or in winter, organic and from South America or New Zealand; or no apples at all when they are not available locally). The choices this time, today in the grocery store, were between an 8 oz package of Fair Trade, organic, semi-sweet chocolate chips or a 12 oz package of non-organic semi-sweet chips made by a huge multi-national corporation, but $1.00 less than the Fair Trade ones, or forego the chips entirely and then the cookies they would be a part of.

Purchasing food, one participates in processes that not only produce the food but also deliver it to the purchaser, entering into a vast network of relationships with the human and non-human world. The choices the purchaser makes have the potential to contribute to the well being and/or the exploitation of these worlds, both human and non-human. In pondering each choice, we weigh the potential consequences for well being against the potential consequences for exploitation. Often the consequences of a given choice will involve both well being and exploitation, as with the purchase of bananas in Iowa, USA. When the bananas purchased are Fair Trade certified one knows that those who grew them have received a fair wage, and when they are organically grown one knows that the soil in which they’ve been grown and the people who live in and around the plants have not been endangered by the use of chemical fertilizers or pesticides. However, getting the bananas to Iowa requires the use of lots of energy whose source is extracted from the earth and the burning of which contributes to global warming.

Few areas of life offer as many opportunities to practice living nonviolently (or at least less violently) as the purchase of food. As our awareness of the consequences of our food purchasing choices grows, so often does a sense of discouragement as we realize that few choices are truly nonviolent, especially when we consider the potential violence that could be a part of the lifestyle changes initiated by changes in food purchases, e.g., conflict within the family as a result of changing to a vegetarian diet. Yet, finding and making choices that result in less violence is the process of creating a less violent world. When feeling discouraged it may be helpful to recall this quote of Gandhi’s, “The goal ever recedes from us. . . Satisfaction lies in the effort, not the attainment. Full effort is full victory.”

* "To bear the label [Fair Trade], products must be grown by small-scale producers democratically organized in either cooperatives or unions."

CONSUMERS UNION EVALUATION: The Fair Trade label is meaningful and clear with standards that support the concept of a social responsibility, pest management and sustainable agriculture label. The criteria ensure that a fair price is guaranteed to the farmer. The program also supports credit plans, training workshops, limits harmful pesticide use and encourages organic techniques in farming especially in developing countries.
From BILUMI.org (Buy It Like You Mean It)